Soulja Boy Underwear, Shirtless, Girlfriend. It’s Update Tuesday here on Famewatcher and, for today, we are gonna look back at our post on Soulja Boy Tell ‘Em because he just might end up in a boxing match with pop star Aaron Carter.

This after Aaron, who badly lost a celebrity boxing match last June with former NBA star Lamar Odom, threw down the gauntlet by saying that he wants to fight Soulja Boy but the rapper won’t return his calls.

“He just won’t respond,” Aaron told TMZ in an interview. “A lot of these guys in the industry—that do the same thing I do—they almost like to pretend I don’t exist. That’s because my record sales and my numbers, and my concerts in 26 years of longevity scares them, it threatens them.”

So there you have it. Let’s all keep our fingers crossed that this will come to fruition because it would be fun. Now, for fans of Soulja Boy’s peekabo underwear and saggy pants, here’s more photos for you from his XXL photoshoot as well as his Twitter page: 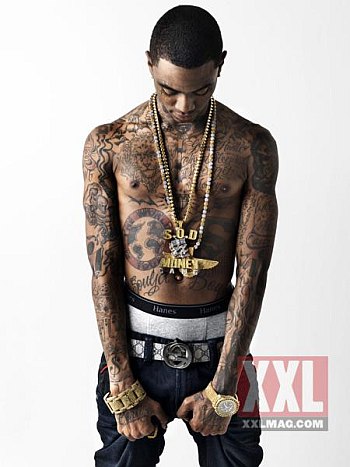 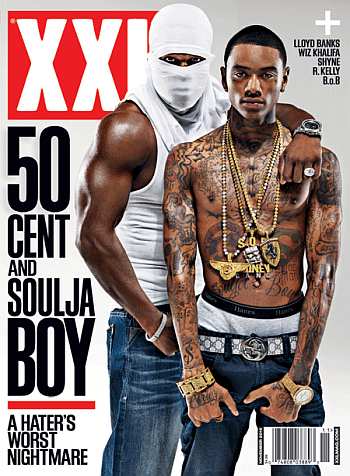 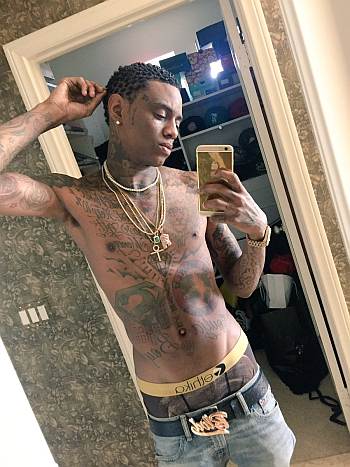 Soulja Boy Girlfriend? Apparently, he is single at the moment but he was in a relationship with Love and Hip Hop Hollywood co-star Nia Riley. 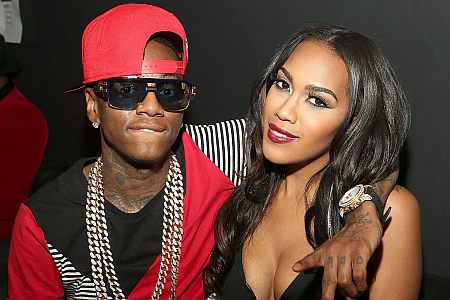 …..
UPDATE: More Soulja Boy Underwear and Shirtless Photos (18 May 2011). Apparently, since we first made our original post on Soulja Boy’s underwear, he has since posted more photos on his Twitter account which shows the rapper in his undies. This one is a gem of a photo which, if that “thing” is real and not a rolled-up sock or a banana, might qualify this 20-year-old singer to our list of the biggest d*cks in Hollywood.

What do you think, Famewatchers, is Soulja Boy’s bulge fake or real? If its the real deal, maybe this explains why he has this propensity to drop his pants in public. He’s some kind of an exhibitionist, isn’t he? 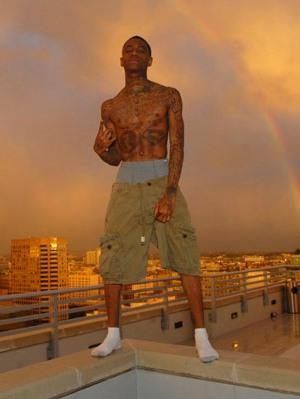 But the Crank That singer does have some really badass tattoos which we are liking. 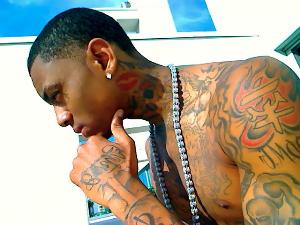 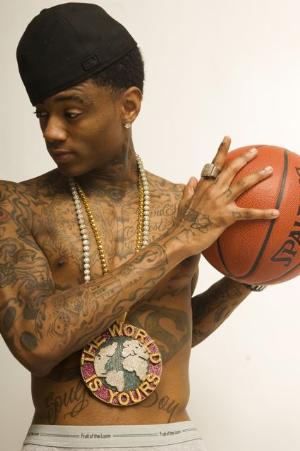 Another iPhone pic of the rapper. 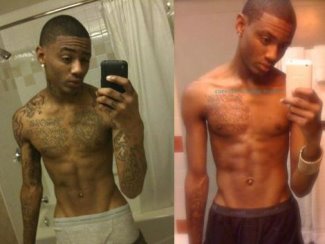 Surely, as we mentioned in our original post, this guy must be planning to become a male underwear model. Or maybe an iPhone model perhaps? He’s wearing Hanes boxer shorts in this one.

Now, this is just getting ridiculous. If Souljaboy and his frenemy/buddy Bowwow really want to show people their undies, the best thing they should do is to simply lose their pants. 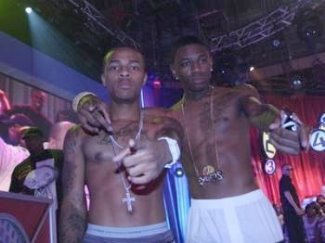 …..
Soulja Boy Underwear (17 July 2009). Is rapper Soulja Boy (real name: DeAndre Cortez Way) planning to become a male underwear model a-la David Beckham? Why else would he be posting his tight boxers underwear photo on Twitter? Not that we’re complaining or anything because, you know, we like looking at male celebrity underwear pics. We just want to know why. 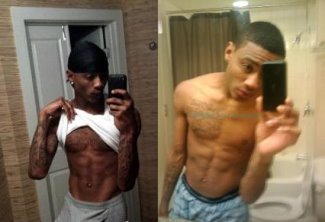