Sonni Pacheco Jeremy Renner Relationship. When news broke that Bourne Legacy star Jeremy Renner is going to have a baby with an ex-girlfriend, we here at Famewatcher went, “Huh! And we’re told our Jeremy is not into girls?”

Well, apparently he is because he’s having a baby with one. And who is this ex-girlfriend/baby mama that lots of you are now wondering about? The Daily Mail, quoting a report from the National Enquirer, identified her as a 22-year old model and aspiring actress from Canada. Her name is Sonni Pacheco. 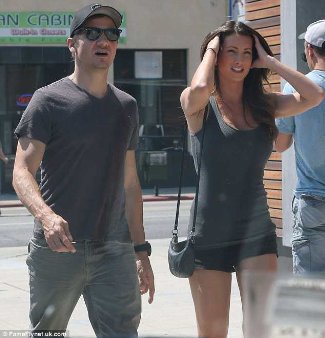 So, how did Jeremy and Sonni meet? The ex-es reportedly met on the set of Jeremy’s blockbuster movie Mission Impossible: Ghost Protocol where she was a stand-in.

What exactly is a stand-in? Here’s what wikipedia says about that: “A stand-in for film and television is a person who substitutes for the actor before filming, for technical purposes such as lighting.”

A stand-in is different from a body-double who appear on camera usually from behind or when they are doing stunts for principal actors. Because they do not appear on camera, a stand-in need not look like the actor but, in the words of wiki, “they must have the same skin tone, hair colour, height and build as the actor so that the lighting in a scene will be set up correctly”.

Since they reportedly met on the set of Mission Impossible, we won’t be surprised if Sonni served as a stand-in for Paula Patton seen below with Jeremy, Tom Cruise, and Simon Pegg. 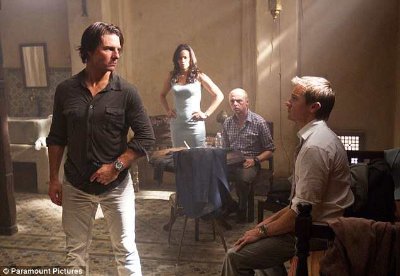 One of Sonni’s modeling gigs include being one of the Monster Girls (who promote Monster Energy Drink), here’s what she said about her background, her modeling career, and her love for the Monster brand:

Sonni Pacheco on Her Background: “I am a twenty-two year old Aries born and raised outside of Vancouver in a small town called Pitt Meadows. I grew up on a farm, catching frogs and doing boyish stuff, so I could definitely have been called a tomboy. So much so, my first pet was a pet store frog I begged my parents to get for me on Valentine’s Day when I was seven.”

She adds: “I started doing photo shoots here and there a couple of years ago and have recently been doing a bit of acting on the side for fun. When I turned nineteen I moved to Mexico and sold timeshares at a hotel resort for four months, and I just recently got back from China on a modeling trip. I love Monster! The brand is amazing, the drinks are great and the variety is awesome. I hope to be working with them for years to come!”

You want more modeling pics of Sonni, doncha? Here’s one from her lingerie gigs which we grabbed from her Facebook page. Want more Canadian female models?

According to reports, Sonni, baby daddy Jeremy, and his longtime friend Griffin Hadley are reportedly living together in Jeremy’s home in Hollywood. So, it’s gonna be Sonni Pacheco Jeremy Renner sittin’ on a tree with Griffin and the baby? Well, good for all of them!