Greg Vaughan Young, Shirtless, Underwear, Girlfriend. Before he turned into the hottest zaddy in Hollywood and before he became one of the most gorgeous guys in the history of soap opera, Greg Vaughan was an international male model who walked the runways of Milan and who headlined ad campaigns for labels such as Versace, Ralph Lauren, Hilfiger, and other brand.

Here’s a young Greg in a print ad for the Gianni Versace Versus campaign with fellow models Paul Locatelli, Scott Benoit, and Carla Bruni (who went on to become the first lady of France to then President Nicolas Sarkozy). 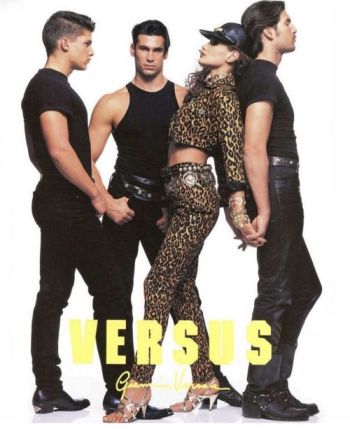