Slumdog Kids: Updates on the Child Actors of Slumdog Millionaire. Are you looking for updates on the fate of the kids who acted in Danny Boyle’s award-winning film, Slumdog Millionaire? Here are some blog posts we wrote about them. The kids in the film had an incredible journey which inspired us who watched the movie. We hope that the child actors who brought the story to the screen will end up having incredible journeys and fulfilled lives.

…..
Rubina Ali At Home Before the Oscars. Photos of Rubina Ali with her family at their home in Mumbai days before she leaves for the Oscars. 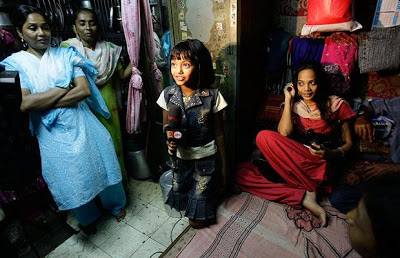 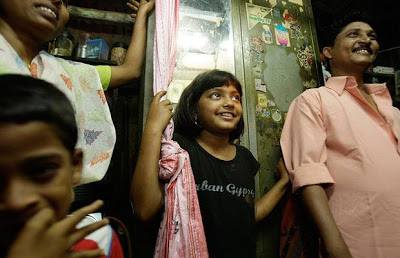 Rafiq Qureshi: I’m Not Selling Rubina Ali (19 April 2009). Rafiq Qureshi, father of Slumdog kid Rubina Ali, is denying earlier reports that he was willing to have the girl adopted for a sum of money.

Says a source, reportedly a family friend: “Rubina’s father was contacted through a friend, who was told there was a lot of money on offer if she would work for him. Rafiq didn’t understand everything that was being said to him but he was happy to discuss money for a well-paying job for his daughter. She loves being in movies and the family need the money. He’s a good man and is deeply offended that anyone would accuse him of selling his daughter. This [the adoption/sale, editor] isn’t true – he will happily discuss job offers but there is no question of letting his daughter go. He loves her and is proud of her.”

So there. We hope this clarifies matters.

…..
Arrested: Rafiq Qureshi, Slumdog Rubina Ali’s Father (20 April 2009). Rafiq Qureshi, the father of Slumdog actor Rubina Ali, was arrested following reports that he was trying to “sell” her daughter a report which he denies. The police stepped in to investigate the matter after Rubina’s mother Khurshida – who left the family in 2001 – filed a complaint. 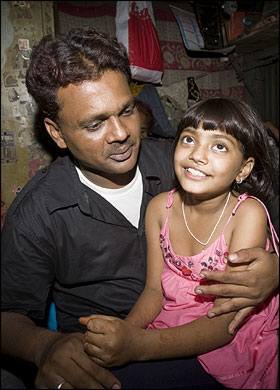 Says a police source: “Khursida was very upset by the media reports and she came to lodge a complaint. We are registering her grievance and then we’ll investigate and decide what further steps should be taken in the matter. When we questioned Rubina she said she does not want to go anywhere and wants to live with her father. Similarly, Rafiq Qureshi also said he has no intentions of selling her.”

Photo via: The Sun

Nicole Kidman and Slumdog star Rubina Ali star in this French commercial for Schweppes. Nice visuals but the plot is kinda “Huh, what’s that about?”

By the way, according to Rubina’s dad, the money his kid received from this commercial is higher than what she received from Slumdog Millionaire. This, to us, isn’t surprising as she was an unknown kid at the time she was hired for Slumdog. She’s world famous now so she should get a much higher talent fee even if she works for a much shorter time.

…..
Ayush Goes to the Oscars (20 February 2009). Ayush Mahesh Khedekar at the Mumbai airport on his way to the Oscars along with other Slumdog kids. Photo via Telegraph 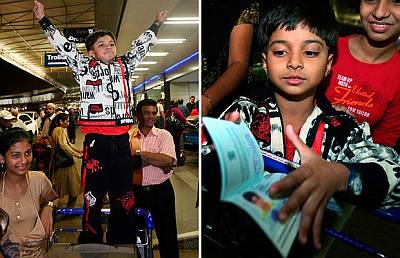 …..
Azharuddin Mohammed Ismail at Home in Mumbai (20 February 2009). Azhar at home days before he flies to the US to attend the Oscars. If Danny Boyle and company do not do something about Azhar’s living situation in Mumbai, we’re going to go find Danny and smack him in the head or something. 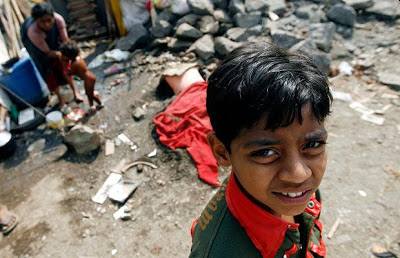 Slumdog Kid, Azharuddin, Beaten by Father (27 February 2009). Slumdog kid, Azharuddin Mohammed, was reportedly beaten by his father for refusing to come out to be seen by visitors. The father, Ismail, apologized after the incident.

Ismail says, “I was very sorry that I did what I did. I was so confused and stressed by my son’s homecoming that I did not know myself for a minute. I love my boy and I am very happy to have him home.”

Someone needs to help this dad acquire some parenting skills.