Slim Fit Dress Shirts on Celebrities and Male Models – Update. Of course, aside from Dirk Bikkembergs, other brands have slim fit dress shirts too. In a recent photoshoot for GQ Magazine (June 2011), True Blood actor Alexander Skarsgard wore a sexy slim fit shirt by Burberry London (which you can reportedly buy for US$ 295). 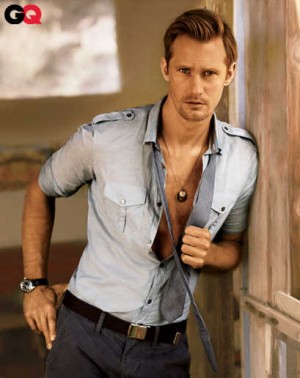 Wowza. The man’s in great shape with no beer belly to hide (unlike some people we know haha) which is why he fits nicely in his Euro-style dress shirts. 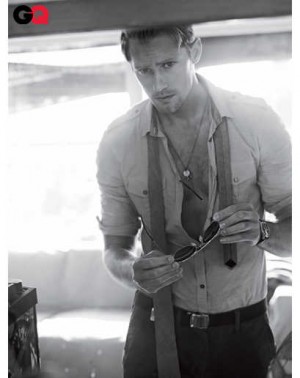 Here’s the Swedish hunk in a dress shirt by Armani Jeans. 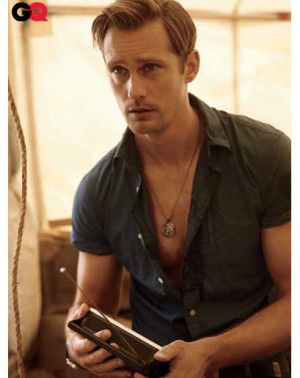 Another celebrity spotted fitting nicely in his slim fit shirt is Englishman Ed Westwick who certainly is one of the best dressed guys in Young Hollywood. Check out the Gossip Girl star rocking in a dress shirt by Swedish fashion label, J. Lindeberg. 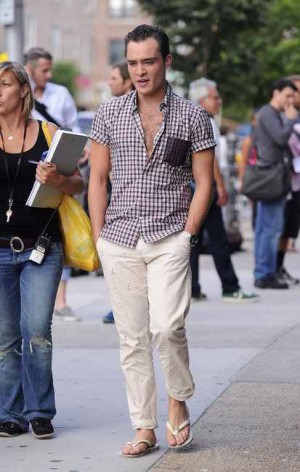 Other brands who offer slim fit dress shirts include the American label and California-based Banana Republic. 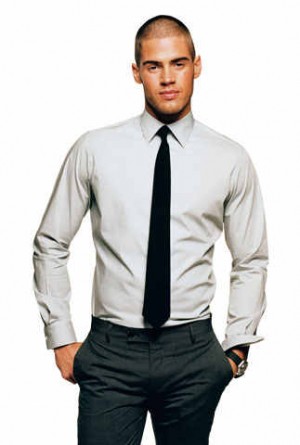 The New York-based Ralph Lauren brand has slim shirts under its Black Label line like the one below. 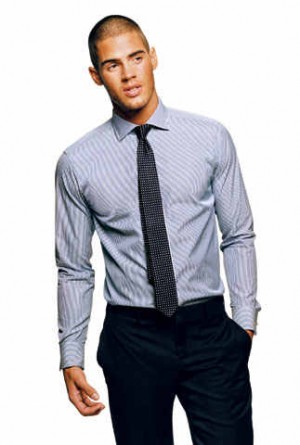 Another celebrity who looks pretty cool in a slim shirt is Twilight star Taylor Lautner seen here from a GQ Magazine photoshoot two years ago. 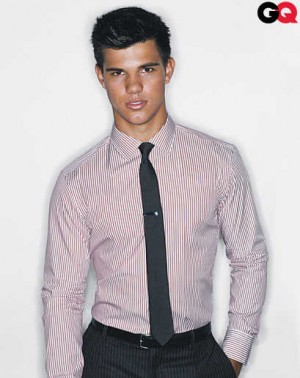 All that workout sessions he reportedly did to keep his Jacob Black role did certainly paid off, no? The Twilight producers were convinced to keep him and he’s now one of the best fit guys in Hollywood. You can see more Taylor Lautner dress shirts in an earlier post we wrote about him. 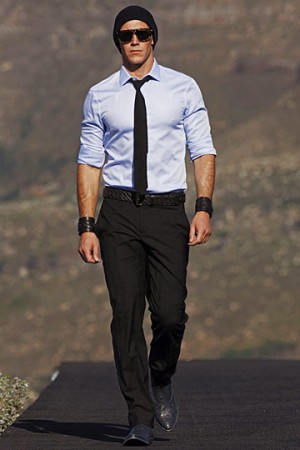 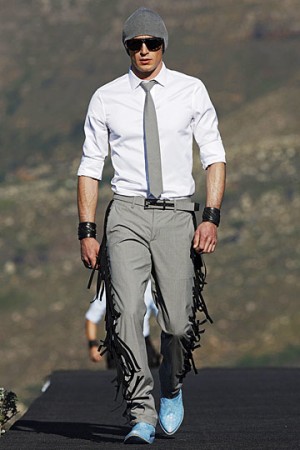 We love Dirk’s dress shirts. What about his blazers? Well, they’re too “neony” for our taste and they remind us of a Vegas showman we used to date. Not a good thing. Hehehe. 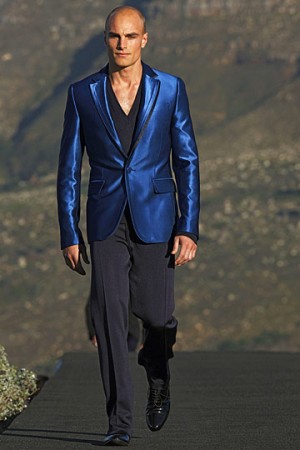 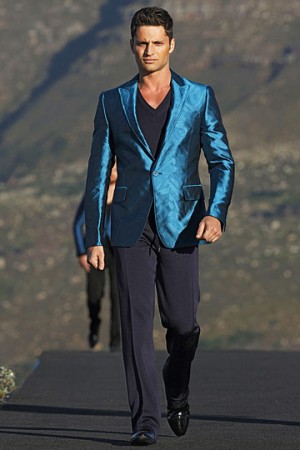 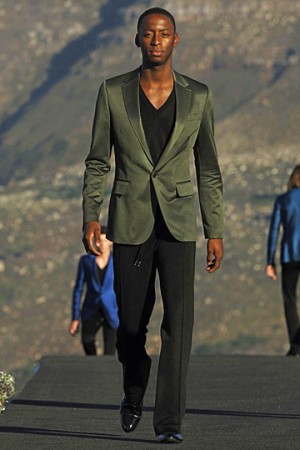