Skinny Leather Pants for Men: DSquared Collection Guide. Bring out the badass guy in you with this fabulous skinny leather pants by DSquared. It’s interesting how the model paired it with a mostly white shirt. It sort of worked. Here’s a closer look at the DSquared leather pants. 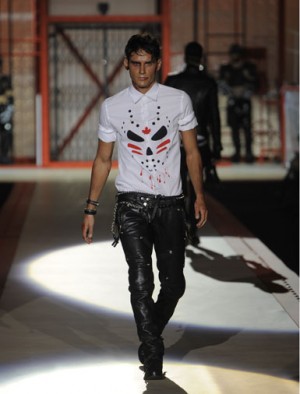 Take a closer look at the DSquared skinny leather pants for men. 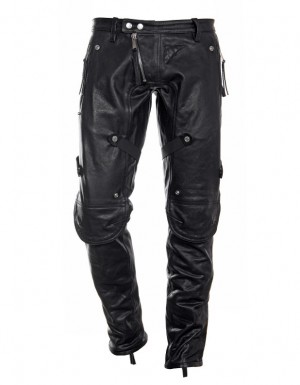 …..
Dsquared Men’s Leather Skinny Pants for Men (From Previous Seasons) (02 November 2011). We give mad props to the creative forces behind DSquared because they almost always include leather pants in their menswear collection. For the Spring/Summer 2012 season for instance, DSquared has these outfits which it showcased during last June’s Milan Fashion Week. 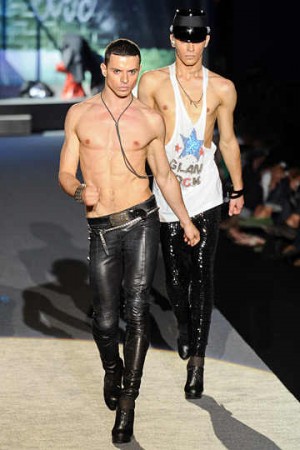 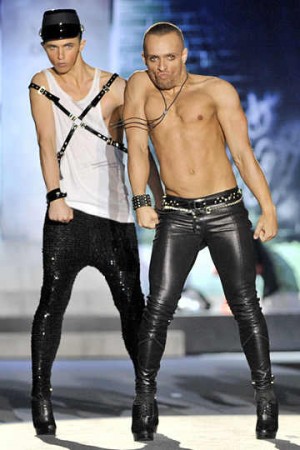 The presentation looks campy and all but you can’t deny that the leather pants look pretty damn sexy and fabulous. We’re pretty sure Bill Kaulitz, lead singer for the glam rock band Tokio Hotel, will agree with us.

Bill apparently loves, loves, loves (did we really repeat ourselves, haha) Dsquared leather pants. In fact, he walked the runway for the designer label last year for the Fall/Winter 2010 Milan Fashion Week. What did he wear when he rocked the runway? A sexy lace-up leather pants, of course. 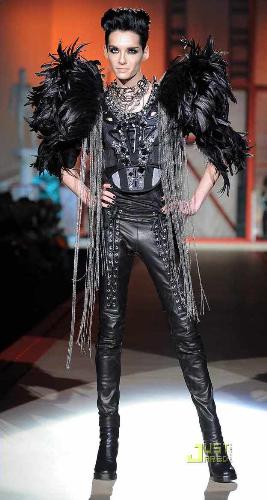 Methinks he went home after the fashion show without changing his outfit because a month later, the German singer was seen wearing a Dsquared lace-up leather pants when Tokio hotel performed in Malaysia for MTV World Stage. Is he the long lost twin of Adam Lambert? We initially mistook him for the American Idol alumni. Want more Male Celebrity Leather Pants? 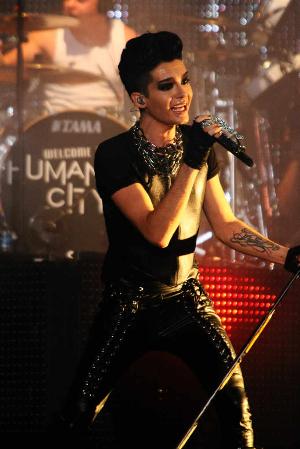 As we were saying, the DSquared guys almost always include leather pants in their Menswear Collections. For instance, check out these leatherwear from the 2007-2008 season. 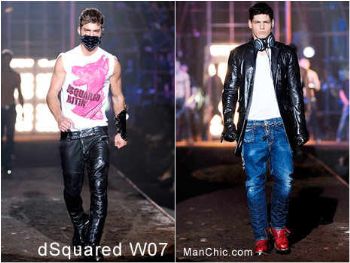 And here are more leather pants from succeeding years. 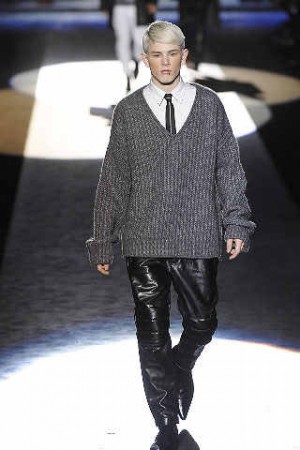 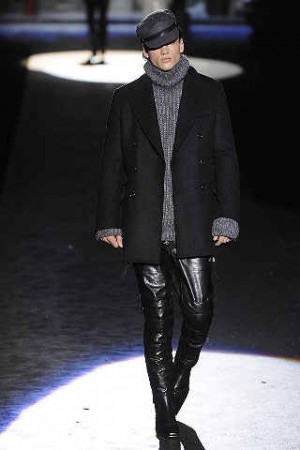 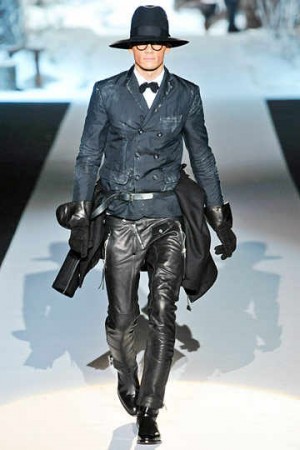 So which of the above DSquared leather outfits is your favorite? Or maybe you don’t have a favorite at all and is a fan of other brands?