Simon Baker Underwear, Speedo, Shirtless Photos. What type of underwear does The Mentalist lead actor Simon Baker prefer? Does he like boxers or briefs? Or is he the middle-of-the-road guy who goes for a combination of the two, i.e., boxer briefs? Well, if a poster on the www.soapoperanetwork.com forum is to be believed, our curly-haired Aussie cutie likes to wear briefs over boxers. 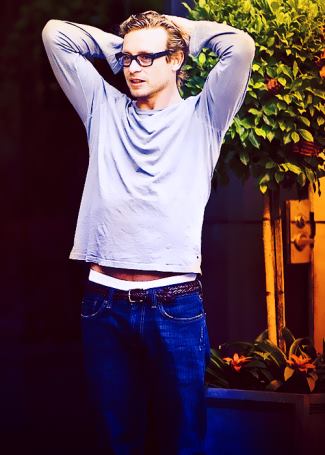 We have no photo of our Simon in a pair of briefs but we came across this screencap of him running on the beach in his briefs-style Speedo swimsuit. Really nice! The image is taken from the Australian TV series, Home and Away, where Simon polished his acting chops. [Want more shirtless Mentalist actor? Check out Owain Yeoman in His Underwear.] 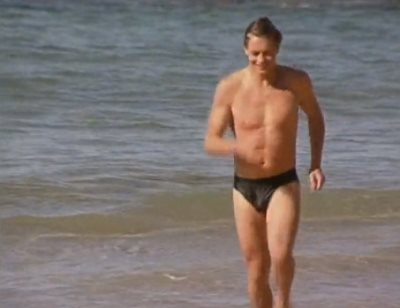 Don’t you long for the days when men wear something like this when they went swimming? Nowadays, its all about beach shorts or board shorts and McKayla is not impressed with this fashion trend. Hehe.

By the way, did you know that Simon Baker has been voted by the editors of TV Guide magazine as the Sexiest Man on American Television in 2009? We’re late to the party since we only started watching The Mentalist last year but we agree with the magazine’s choice. Check out a shirtless Simon taken from when he was younger. 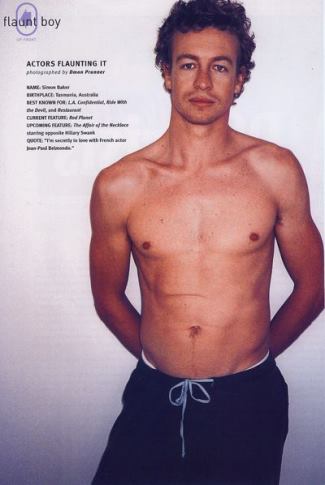 Want another young and shirtless Simon? Watch this music video from back in the 1990s which featured him, fast forward to the 2:20 mark. Pretty cool, huh?

Although he’s most famous for The Mentalist, this Australian hottie has appeared in several movies one of which is the 1997 mystery/crime drama L.A. Confidential where he played the role of a gay man. Here’s an image from the film: 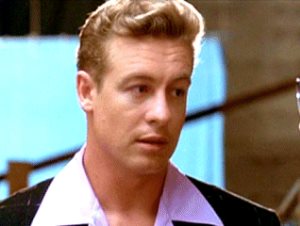 Baker is married to actress Rebecca Rigg with whom he has three children. Update: Here are photos of Simon and Rebecca. 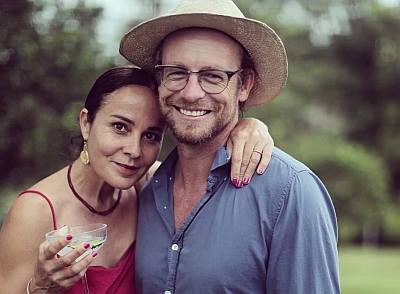 What a lovely couple. We love their pic below which was snapped while they were attending a film festival in France. 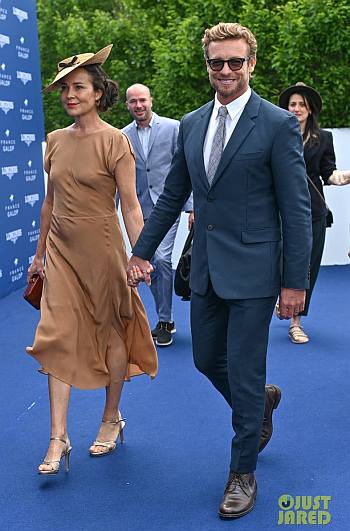 Let’s end this post with this fabulous photo of Simon Baker with fellow Aussie actors Jeremy Callaghan, Marcus Graham, and Ben Mendelsohn. The pic is from the 1999 TV drama Secret Men’s Business. 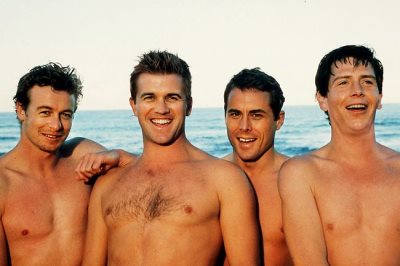 2020 Update: Huh, did you know that Simon was a water polo athlete when he was younger? No wonder he is comfortable in his Speedo swimsuit. 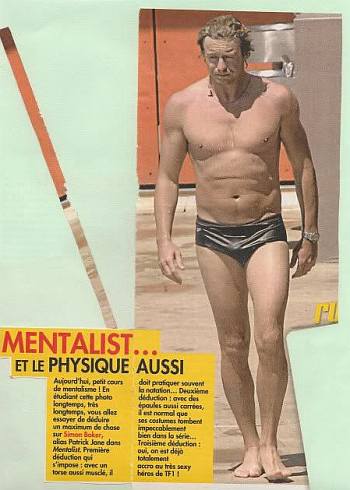 He may be older now but he’s still rockin’ it. Want more male celebrity Speedo? 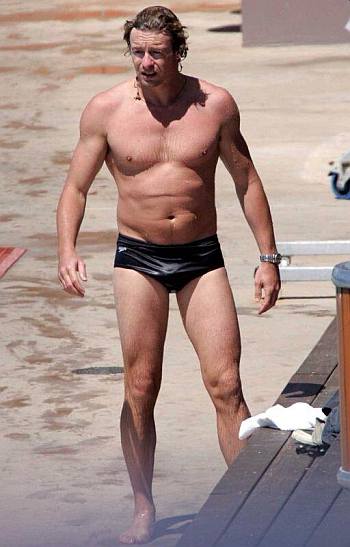