Showproject Gymnast Hunks on America’s Got Talent (AGT). Are you watching America’s Got Talent? We watched it when it was starting years ago, stopped when it got predictable and boring, and then decided to give it another go when Howard Stern joined the judging panel.

The latest edition, Season 10, started airing last May 26 and one of the more promising acts is this group of German and Czech gymnasts called the Showproject. 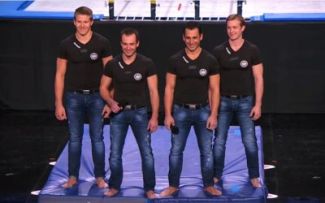 Check out a video of their audition:

What do you think of the audition? Are you wowed. We must admit that we are wowed but we are not WOWED in all caps and bold letters. Haha. 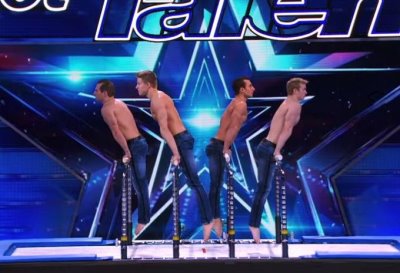 Anyway, we had an AGT viewing party here at Famewatcher and these were the comments uttered (by yours truly, Deena, Kevin, and Malin) while watching these muscled hunks do their thing: 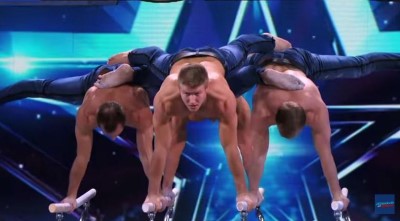 So that’s it for now. Do any of you know the names of these guys? If so, please tell us in the comments. Anyhoo, we’re glad these guys entered the second round of the competition. It would be interesting to see what they will do next. Will they WOW us in ALL-CAPS and bold letters?