Shirtless Wolf Pack: Chaske Spencer, Alex Meraz, Kiowa Gordon, and Bronson Pelletier (posted 27 April 2009). We’re not fans of the first Twilight movie (it was boring except that tree-flying/climbing thing) but if the male cast are gonna go shirtless all the time, then we have no choice but to go watch the next installment, New Moon. 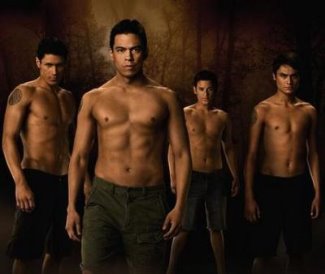 Twilight Wolf Pack Update (posted 9 October 2009). We don’t get the all the hype surrounding the Twilight Movies. We were bored by the first installment and, for the record, we agree with Craig Ferguson that vampires should be badasses not some silly vegetarians. 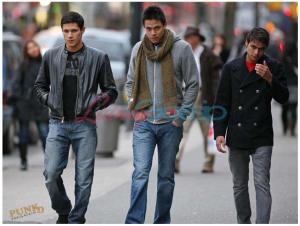 However, we do love us the pack of wolves who are played by these guys. The only time we perked up while watching the first Twilight movie was when these guys appeared. If we are going to go watch other Twilight movies, it will be because of them.

Anyhoo, our sexy boys in jeans are Chaske Spencer (Sam), Alex Meraz (Paul), and Kiowa Gordon (Embry). Truth be told, we don’t know who is who in these photos. Those of you who are Twilight fans should have an easier time identifying them.

Oh, we so love the fact that one of them is wearing a leather jacket similar to Matt Lanter’s. 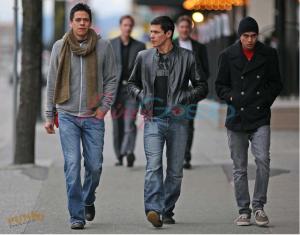 Shirtless Wolf Pack Update 3. Who says we are tired of blogging about the boys who are members of the Twilight wolf pack? Of course we are not! Which means it is possible that we will continue to update this post till kingdom come. Well, not really. But we will do some updates if our boys keep on givin’. 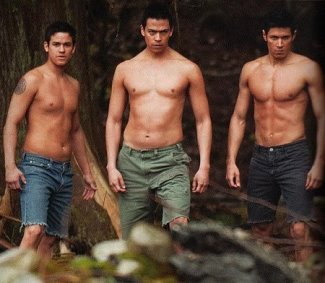 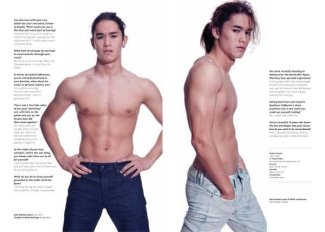 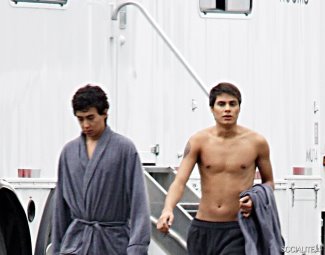 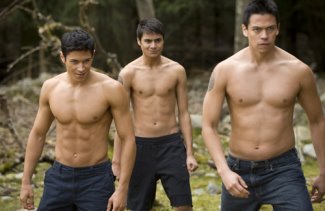 Let us end this update with our friend Kevin’s favorite member of the wolf pack: Jason Black. 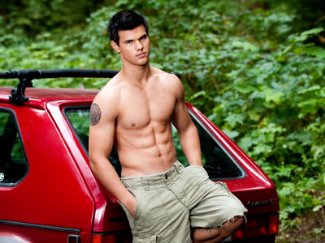