Shirtless Guys Riding Horses: Equestrian Hunks on Horseback. Is there anything more masculine than a shirtless man riding a horse? We can’t think of any, can you? What does the image of the shirtless horse-riding guy above tell you? To us it says, “I am confident enough in my body to go shirtless. And I’m badass enough to control this horse!” Can you think of a picture that conveys both a sense of body-confidence and the ability to control (with finesse) a being as wise/wild/unpredictable as a horse? 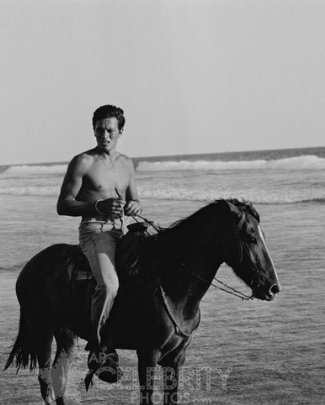 For those of you wondering, the guy in the black and white photo above is French/Swiss actor Alain Delon. Here’s another pic of the 1960s-70s hunk. [Want more vintage hunks? Check out Marlon Brando in his vintage leather jacket.] 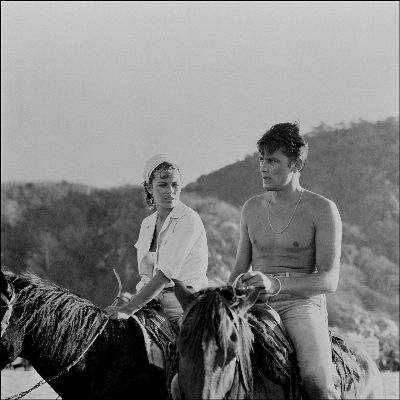 A bare-chested Arnold Schwarzenneger rides a horse in this photo by Annie Leibovitz for Vanity Fair magazine. 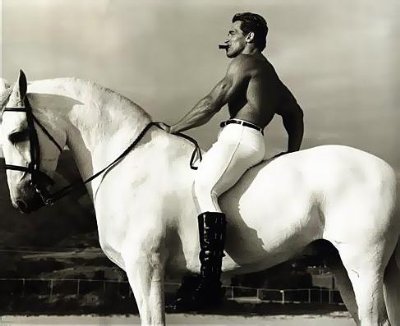 Australian actor Craig Horner as Richard Cypher on the television series Legend of the Seeker. 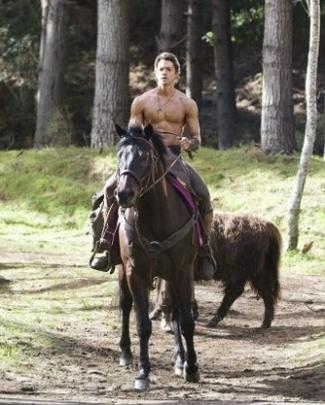 The next guy is reportedly an actor who stars in adult movies. If you know him, do ID him in the comments because our friend Kevin would like to know his name. 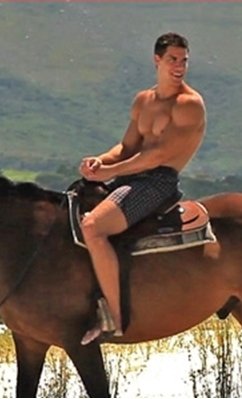 And here’s another guy our Kevin wants to ID. 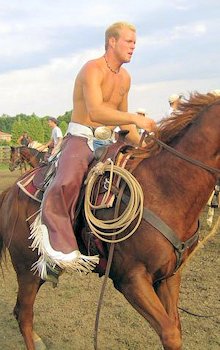 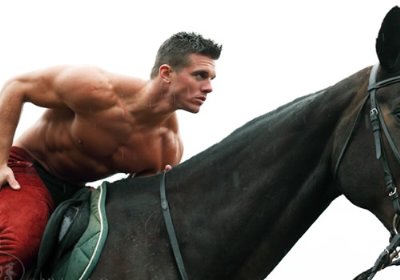 We’re pretty sure the next guy below is a male model too. 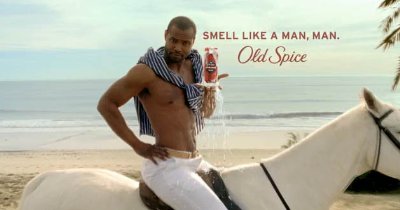 As Robin of Loxley, British actor Michael Praed gets to wear a long gorgeous mane and gets to ride a horse.

We save the best for last! Famewatchers, meet hot polo player Nic Roldan. The gorgeous Argentine hunk was featured in the 2010 ESPN Magazine Body Issue. If you are familiar with the magazine, the Body Issue is the special edition where famous athletes are photographed in their body suits. Yay. 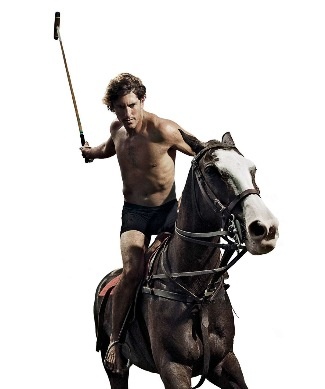 By the way, aside from being an accomplished polo player, our Nic is also a male model.