Shirtless Ben Cousins: Waiting for the Day by Megan Roodenrys. Remember Ben Cousins? You know, the guy included by Cleo Magazine in their Bachelor of the Year but who objected to his inclusion? Check out our previous post about the incident if you missed it. 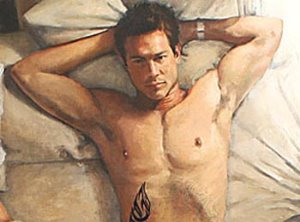 Anyways, that’s Ben above in a painting, Waiting for the Day, by Megan Roodenrys. Now, this is the whole picture. 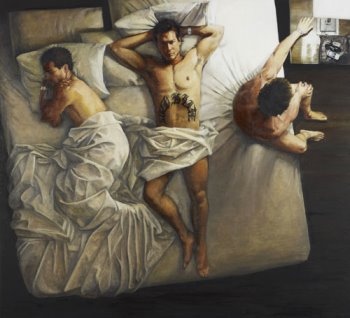 News.com.au reports on the award-winning painting: “TROUBLED footballer Ben Cousins is shown contemplating his future during a sleepless night in a triple-portrait for this year’s Archibald Prize. Artist Megan Roodenrys also has completed a close-up painting of Cousins, titled Facing the Demons, to enter in the $150,000 Doug Moran National Portrait Prize.”

The report adds: “Roodenrys, 40, decided she would like to paint Cousins early last year. Her entry for the $50,000 Archibald is called Waiting for the Day, part of which has already been shown in Pivotal Galleries, Richmond.”

And what does the artist think of her subject? He’s apparently a pretty cool dude. Says Roodenrys of Ben Cousins: “The sense you get when you meet him personally is quite different to his public image. There’s a sense of energy there – in that he’s a very strict, very determined, focused person – but also a respectful person.”

Bachelor of the Year: Ben Cousins vs Cleo Magazine
24 January 2009 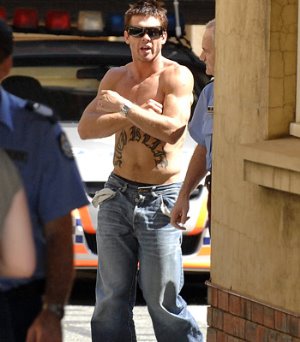 Uh. Uh. A scandal is brewing in the Land Down Under. We’re with Ben on this one. If the guy doesn’t want to participate in this kind of thing then Cleo should respect that. 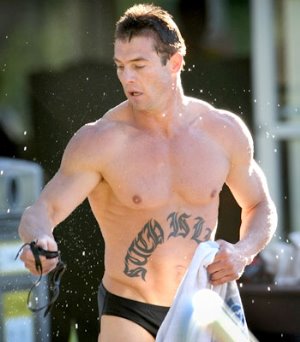 The Herald Sun reports: “CLEO magazine has been accused of using AFL bad boy Ben Cousins as a marketing stunt for its Bachelor Of The Year competition and he’s not happy about it. The recovering addict’s photo and profile was included in a folio of 100-odd contenders for the title examined by a judging panel at a Cleo function on Wednesday.”

The Herald Sun adds: “But Cousins specifically declined an offer to be involved via his Richmond AFL club three weeks ago, and was astonished to see his name promoting the competition.”

Wondering why Ben declined to be a part of the competition? Here’s what an insider says about the matter: “Ben is a recovering addict and doesn’t need any more attention than he already gets and that’s why he and the club declined Cleo’s offer three weeks ago. Ben, his management and the club were not interested, yet Cleo put his name out and that’s very disingenuous.”

As we said earlier, we are with Ben on this one. We think its inappropriate for Cleo to be including his name in the competition when he specifically asked not to be included.