Look who’s gotten himself a lead role in a Hollywood movie? It’s stuntman Alain Moussi! He will be the lead actor in the remake of Jean Claude Van Damme’s Kickboxer, a movie released back in 1989. More about Alain’s casting from hollywood.com:

Stuntman and martial arts star Alain Moussi has landed the lead role in the remake of Jean-Claude Van Damme’s 1989 film Kickboxer. Moussi, who has worked on several movies, including White House Down and X-Men: Days of Future Past, will star alongside Ultimate Fighting champion Georges St. Pierre and World Wrestling Entertainment star David Bautista in his first leading role. The film, which will be directed by Stephen Fung, will centre on a karate champion who travels to Hong Kong to train with his former mentor in a bid to avenge his brother’s death. 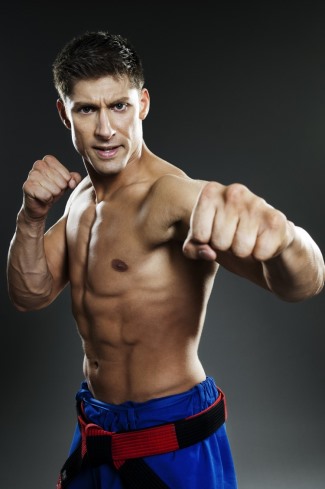 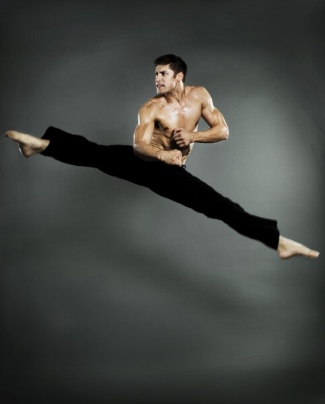 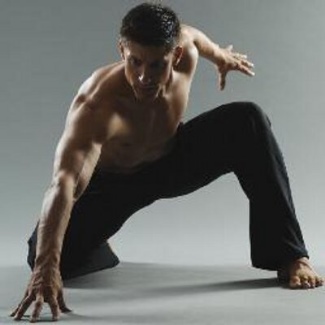 But will he be posing in his skimpy underwear a-la Jean Claude Van Damme? We’re keeping our fingers crossed that Alain Moussi will! Hehe.

Although this is his first lead role, Alain has actually done some acting in some movies (watch out for Wings of the Dragon which will be released in 2014) and TV shows (he was cast as a bruiser vamp in an episode of Being Human).

Alain Moussi Girlfriend. What is Alain’s relationship status? Is he single or does he have a girlfriend? Or maybe he is married? Hah! We have the answer for you: Sorry girls (and 10% of guys) he is very much married. Check out this photo submitted by Alain to the wedding website, Wedding Republic. The pic had the following caption from the couple: “A doctor marrying a martial artist means a blockbuster wedding!” 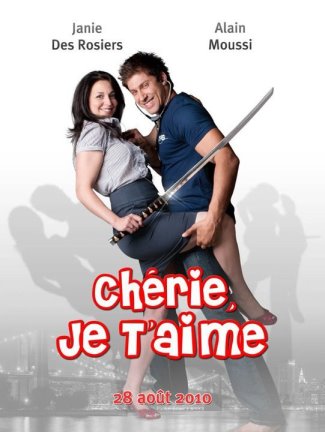 So here are the answers to your questions about Alain’s relationship status: No he is not single. No he does not have a girlfriend. And yes he is married to a doctor named Janie Des Rosiers.

Anyhoo, congratulations to Alain for his first starring role in a significant movie. We hope his Hollywood career picks up and follows the path of Jean Claude Van Damme who boasts of several movie hits and blockbusters to his name.