Where is Sherman Oaks High School Location in Never Have I Ever? What’s the name of the school that Devi Vishwakumar and her friends go to? Is it a good school? Where does it rank in terms of quality of education and the other important stuff measured in school rankings? Does its graduates go on to Ivy League colleges? Who among its list of alumni went on to become famous?

Well, as you may already know, Devi attends the Sherman Oaks High School. Among others, the school is famous for its mascot, The Fighting Cricket, which as you can see below is the center piece of the school’s logo.

Sherman Oaks High is also famous for its unconventional teachers who encourage students to think outside the box. Who says, for instance that Hitler did not invent dabbing or whatever it is that Mr. Shapiro is doing in the pic below? Ha! 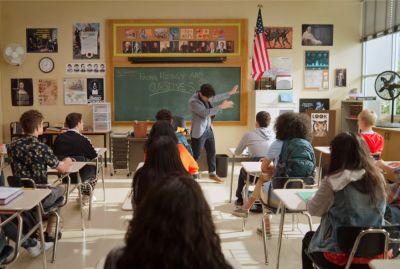 Now, before we get carried away extolling the virtues of Sherman Oaks High, we must mention — for the record — that it actually does not exist in real life.

Sure, there’s a real-deal Sherman Oaks neighborhood in the San Fernando Valley of Los Angeles but there is no such thing as Sherman Oaks High School. There are high schools in the area but they do not go by that name. The high school scenes that we see in Never Have I Ever were actually shot in the Universal Studios backlot in Hollywood. 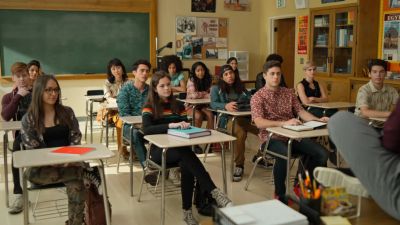 Or the school ground scene: 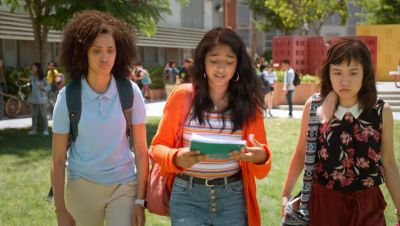 Or the hallway scene where Devi is checking out Paxton’s booty: 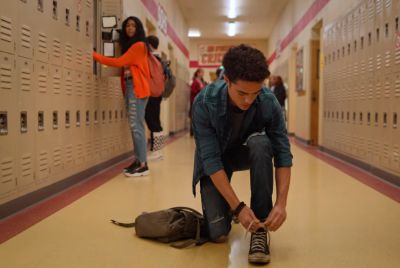 In normal times, i.e., before social-distancing and COVID-19 became part of our vocabulary, you can actually join a tour of the Universal Studios backlot where you get to see sets from iconic movies like Back to the Future as well as your beloved TV shows like Desperate Housewives.

Now that we know that Sherman Oaks High is a fictional place, we are listing below the real high schools that the main young actors of the show attended before they went on to Hollywood to pursue a career in the biz. Let us begin with:

Maitreyi Ramakrishnan (Devi Vishwakumar). A member of the Class of 2019, Maitreyi graduated from the Meadowvale Secondary School in Mississauga, Ontario. According to wikipedia, other notable school alumni who pursued a career in showbiz include actor Wesley Morgan and film maker Patrick Cederberg; the two belong to the Class of 2008. 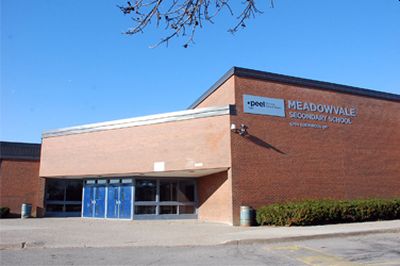 Darren Barnet (Paxton Hall-Yoshida). He graduated in 2009 from the magnet program of the Dr. Phillips High School’s Center for International Studies in Orlando, Florida. Other famous alumni of the school who are in showbiz include Wayne Brady, Joey Fatone, DJ Khaled, Brit Marling, Matt Lauria, and a dozen more. After high school, Darren attended Berry College in Georgia where he graduated with a Bachelor of Arts degree. 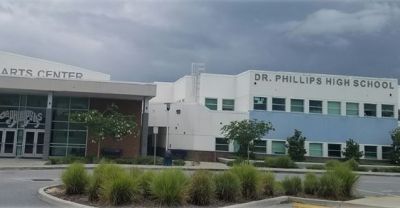 Ramona Young (Eleanor Wong). Apparently, going to school for Ramona is unlike what most students’ experience because she moved around a lot. Maybe because her mom was in the Navy? In an interview with weareresonate.com, she reveals that she attended 40 different schools by the time she graduated from high school. She went on to attend the California State University in LA and graduated with a B.A. in Theatre and Dance.

Lee Rodriguez (Fabiola Torres). Lee graduated from the Encore High School for the Performing Arts in Hesperia, CA. She belongs to the Class of 2017. We can’t find any list of Encore alumni in showbiz but there must be lots of them considering that a) it is a performing arts school and b) Hesperia is only about 85 miles from Hollywood which is a little more than an hour’s drive. 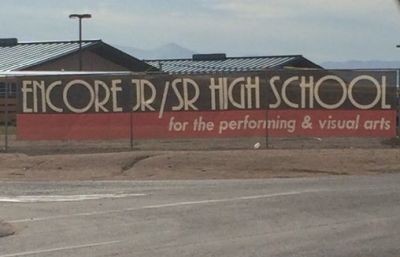 Jaren Lewison (Ben Gross). Jaren graduated from the JJ Pearce High School in Richardson Texas and is a member of the Class of 2019. Probably the most famous showbiz person who went to JJ Pearce is Jessica Simpson but she dropped out during her junior year. Others in the biz who graduated from Pearce High include: Lane Garrison, Bavand Karim, twin brothers Wil and Kin Shriner, Shane Carruth, Asaf Epstein, and Julie Cypher. 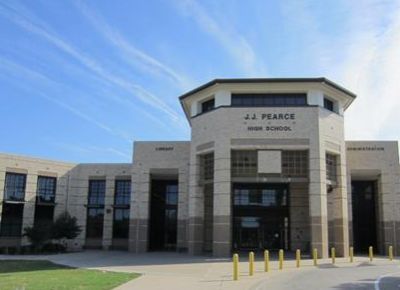 So, what about you fellow Famewatchers? Any of you attended the above-mentioned schools and somehow went to the same class as these up-and-coming actors? Or did you attend any other school which boasts of a famous alumni whether in showbiz or in other fields?