Sherlock Holmes Coats and Jackets: Benedict Cumberbatch and Martin Freeman. Time for another post on what your favorite television characters are wearing and for this post let us check out Sherlock Holmes and John Watson in the BBC/PBS TV hit, Sherlock.

This time, however, let’s focus not only on Sherlock (or Benedict Cumberbatch) himself but let’s include the other characters in the show such as John Watson (Martin Freeman) and the other cast members. First, let’s check out Cumberbatch’s long coat in the pic below. 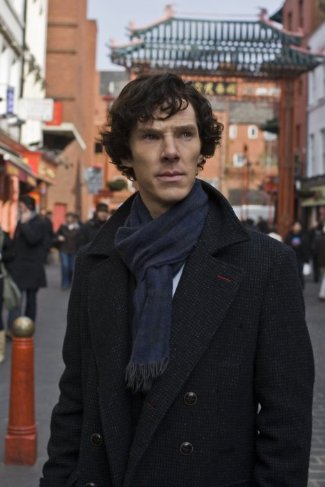 As we mentioned earlier (in our post on Benedict Cumberbatch’s Underwear Photos), Sherlock’s long coat is a Belstaff Millford. The clothing company apparently stopped making this coat but then decided to bring it back into production when fans of the show kept asking for it. 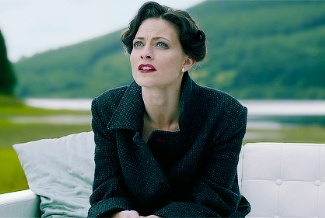 How sexy hot is Cumberbatch in his suit below? Hot damn! The suit is reportedly made by Spencer Hart (Price tag: £495). 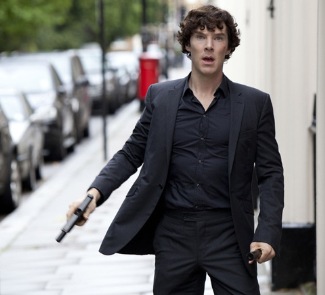 Meanwhile, Sherlock (or the show’s costume designer) must be a fan of Dolce and Gabbana because most of his shirts are made by said label. Who says detectives can’t dress fabulously? 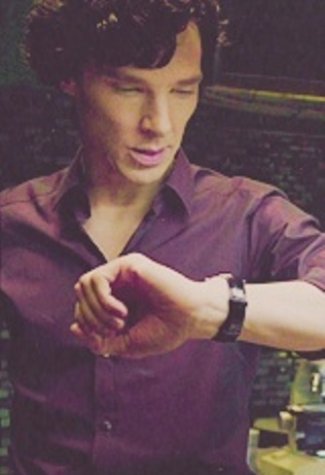 Unfortunately for those of you who want to wear what Sherlock is wearing, the D&G shirt above is reportedly no longer available. 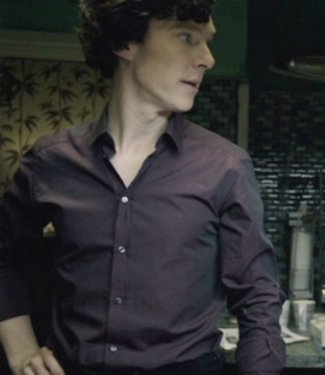 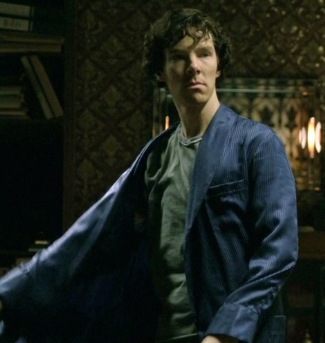 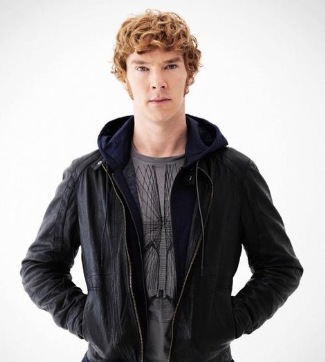 For his part, Dr. John Watson is wearing a green Folk Clothing drawstring overcoat in the next image below. 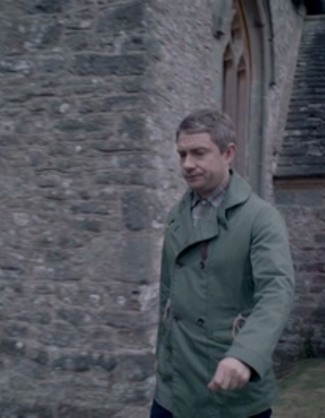 He also wore this Army Green Hooded Down Parka Coat by Woolrich which you can buy for £672.00. 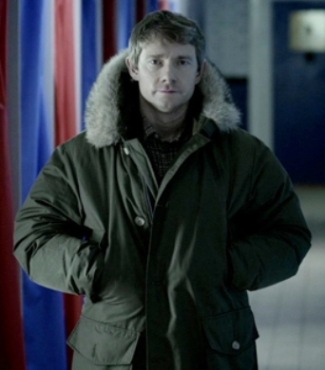 And here’s Watson wearing a black cotton jacket from Haversack (priced at £725 but its reportedly no longer available). 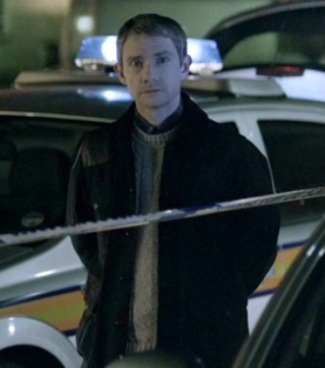 And for those of you are are less into coats/jackets and more into sweaters, check out Martin Freeman in a cable knit jumper by Albam Clothing. 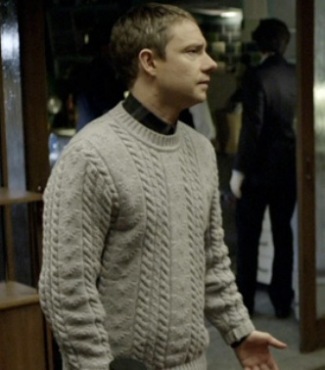 That’s it for now, fellow TV-Fashionwatchers.