He looks like a hot nerdy professor doesn’t he? You know, the one you daydream about in class instead of listening to what he’s teaching.

Having gorgeous teachers like Shahrukh could be tricky. On the one hand, they are nice to look. But, on the other hand, you might end up with a failing grade because you spend the time pining for them or getting distracted by their good looks. Haha. 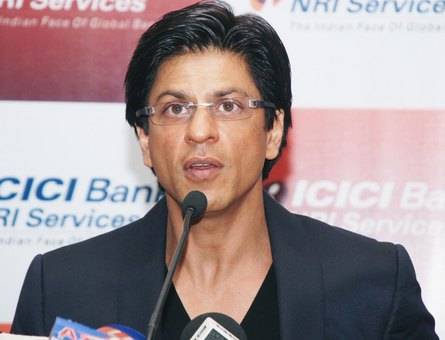 On the other hand, it’s not entirely bad because you never miss a class, right? 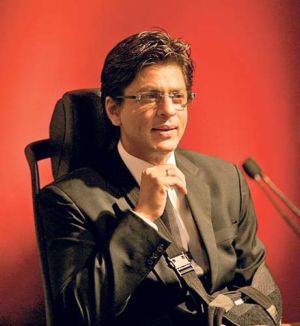 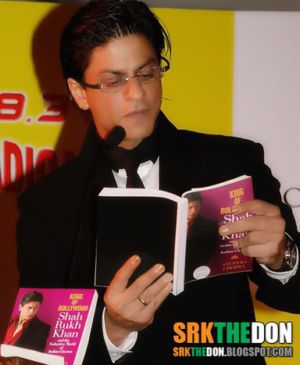 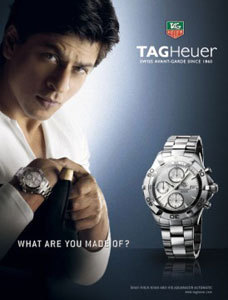 What kind of Tag Heuer watch is that, you ask? That, fellow Famewatcher, is an automatic Tag Heuer Aquaracer. 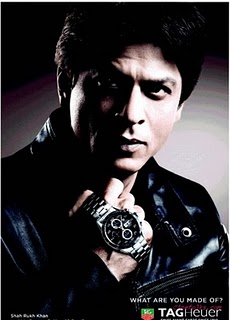 More pics of the Bollywood superstar and his watch courtesy of tagheuer.com. 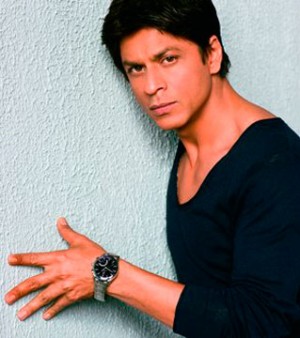 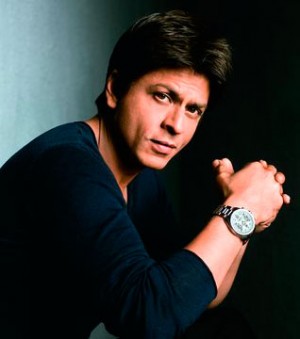 …..
Shahrukh Khan: The World’s Biggest Movie Star (29 January 2009). Interesting observation from Newsweek about Shahrukh Khan. We must say that we agree with Newsweek’s take that Shahrukh is the world’s biggest movie star. And we love the way he uses his celebrity status to promote understanding between cultures. We hope other celebrities – particularly those in Hollywood – are just as involved in endeavors to improve the plight of humanity. Sure, there’s Angelina Jolie and her refugee work, Brad Pitt and what he’s doing in helping rebuild New Orleans, and George Clooney’s involvement in Darfur but there should be more celebrities joining them.

Who is the world’s biggest movie star? Brad? Will? Nah. His name is Shahrukh Khan, and he’s the king of Bollywood. It’s not just that his romantic flicks make gazillions—it’s where those gazillions come from. Khan is huge in the Muslim world, even in Pakistan and Afghanistan, where the mullahs ban his films. (The movies thrive on the black market.) Their main appeal is certainly the song-and-dance numbers, but Khan (a Muslim married to a Hindu) makes devoutly secular films where love trounces bigotry. Sonia Gandhi gives Khan’s DVDs to visitors, especially Muslim ones. Here’s hoping tolerance will leap from reel life to real life.