Okay Cheryl, you’re the sexiest woman in the world and we’re digging your sexy and somewhat flashy leggings but the top looks kind of silly. It’s not “over-the-top silly” which is forgivable (anything that makes us LOL is forgivable) but its “ridiculous-silly” which is not. 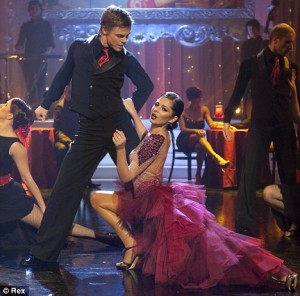 British singer/X-Factor judge Cheryl Cole is reportedly being eyed to be one of them “stars” in the upcoming season of ABC’s Dancing With the Stars.

‘Cheryl has been approached to take part in the next season of the show. She is planning to take meetings about it while she is in LA and has said she is intrigued by the idea and wants to find out more.

‘The show is a smash hit and really helps boost careers as it is so high-profile and has a massive viewership and makes a household name of everyone who takes part.

‘It would be a perfect way for Cheryl to raise her profile in America. Kelly Osbourne was a huge hit, Nicole won last season and has been swamped with offers ever since and Donny and Marie Osmond got their own Vegas show after appearing on it.

‘Even Heather Mills saw her approval ratings go through the roof after she appeared on it.’

It would be fun if Cheryl is paired with alleged boyfriend Derek Hough, no? Derek, as you already know, paired with Nicole Scherzinger last season and the two of them went on to win the ugly disco ball trophy.

We’re not sure though about the rumors linking Cheryl with Derek. We’ think the rumors that pretty boy Derek Hough is batting for the home team is more believable.

Mirror, mirror on the wall, who’s the sexiest of them all? Well, according to readers (aka online voters) of FHM Magazine, the sexiest woman of them all in 2009 is British star Cheryl Cole. Cheryl beats last year’s sexiest, Megan Fox, who slid to second place.

Here’s the top ten (figure in bracket is their ranking last year):

So, do you think Cheryl is sexier than Megan? Or does she just have a better PR/voting machine as her critics say? Should we ask FHM to stop all this “sexy” nonsense? 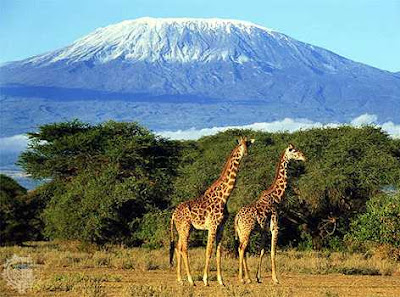 Cheryl “the Next Big Global Star” Cole is reportedly putting on weight in preparation for her climb to Mt. Kilimanjaro. What, you wonder, isn’t she supposed to lose weight rather than gain some to climb the second (?) highest mountain in the world? Nope, you need some body fat to burn and to sustain yourself when you do something as physical and as demanding as ascending to the peak of one of the highest mountains in the world.