If the CBS powers-that-be, particularly those in charge of its reality shows, ever decide to do an international Celebrity Survivor edition with castaways from different parts of the world, they should cast Sebastian because it looks like he will be in his element. He sure looks at home on the island. Come on, Jeff Probst, get it going! 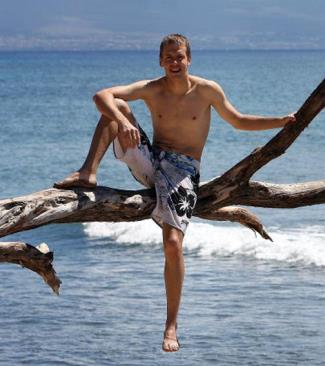 If would be fun to see him try to light a fire by rubbing sticks, you know, the way Survivor castaways do it. Or what about watching him scheme with his allies to vote off another celebrity? Or him spearing a fish to bring home to his tribe just so they won’t kick him out? 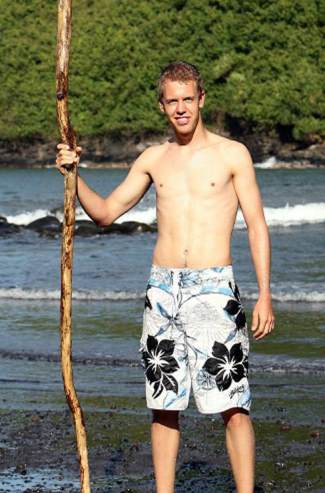 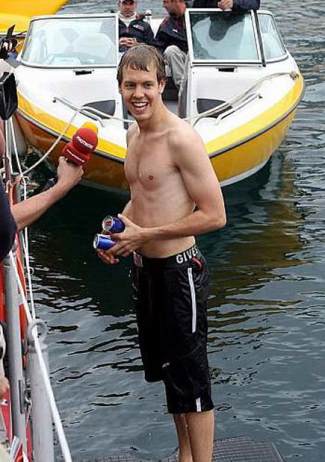 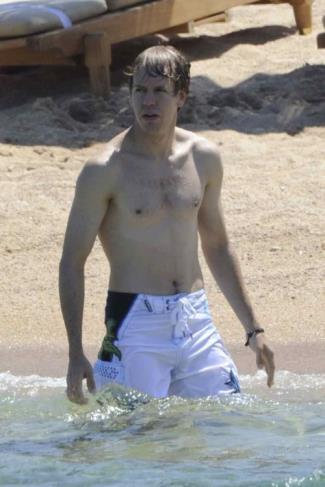 How cute and boyish is Sebastian in the next photo below? It’s like he’s so happy discovering whatever it is he’s holding in his hands. 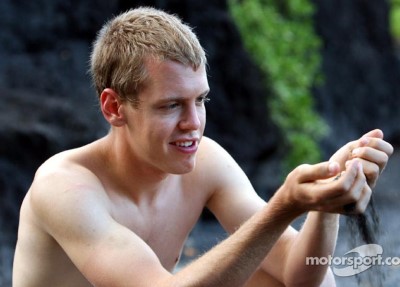 …..
Sebastian Vettel Girlfriend in 2014. Is the Formula One hunk seeing anyone or is he single and available for the ladies like our friend Deena? Well, he’s got a long-time girlfriend named Hanna Prater. Here’s a pic of the happy couple during a sporting event: 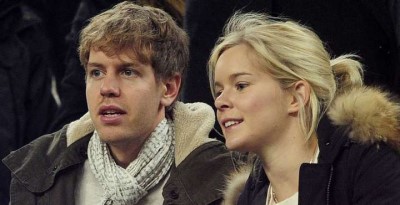 If you’re not familiar with Sebastian’s girlfriend its because she is, to quote fabwags.com, “one of the more reclusive WAGs as she has hardly been seen in the paddocks or at the races”.

But fabwags.com does have some info on Hanna Prater which might interest you: “She was born in, 1987 on Heppenheim, German. From her father’s side she is German and British from her Mother’s, she studied design and textile in Baden-Württemberg University. Hanna is very low key and does not usually pose for magazines or appear on television, but she still is a beautiful girl with blue eyes and she might look like a model.”

Ain’t she a cool girl. We like her already! Sebastian is lucky because in this day and age, it’s hard to find someone who isn’t trying to focus the camera on themselves and be a celebrity. In early 2014, Sebastian and Hanna welcomed a baby girl and they named her Emily.

Sebastian Vettel Gay or Straight? Come on, should we even ask this question. He is straight as mentioned above. He is so straight he doesn’t mind giving a peck on the check, as a sign of respect, to an older Formula One driver, David Coulthard. 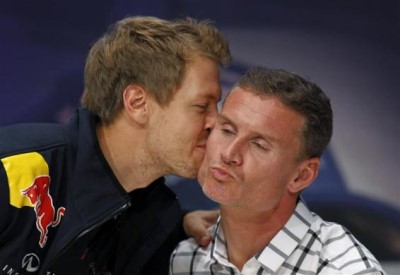 Want another shirtless Formula One driver? Go check out our post on a shirtless Jenson Button.

…..
Sebastian Vettel and Hannah Prater. We are updating this post which we wrote over two years ago to check our Sebastian’s relationship status. Well, he continues to be in a relationship with Hanna Prater. 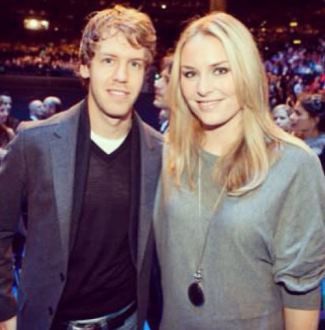 The couple haven’t tied the knot yet but they now have two children together, Emilie (born 2014) and Matilda (born 2015).