Seb Stegmann Underwear, Shirtless, and Rugby Short Shorts. Twenty-one-year old Harlequins rugby player Seb Stegmann looks great in his rugby short shorts which is obviously why he’s a favorite for modeling gigs like the one below which, if we are not mistaken, is for a rugby calendar to raise funds for charity. 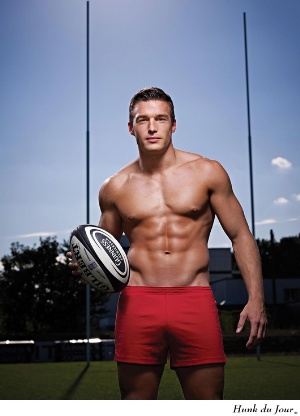 Of course, he looks gorgeous not only in his rugby short shorts but also in boxer briefs as you can see in his runway photos below. 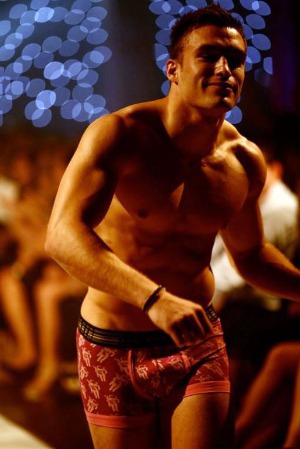 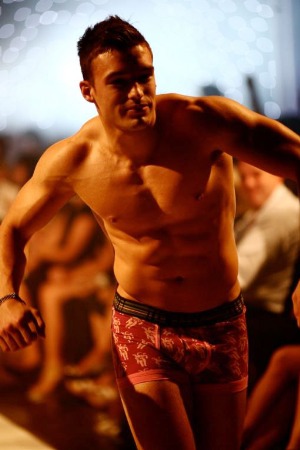 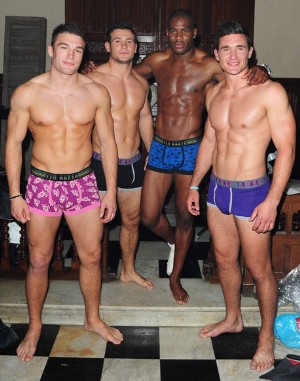 …..
Another Underwear Photo from Seb Stegmann (17 March 2012). The ridiculously good looking Seb Stegmann continues to pique his fan’s interest by modeling in his underwear. This time, he’s posing in red boxers for the ‘Stand Up, Stand Out’ campaign with fellow Harlequins rugby players Karl Dickson and Sam Smith. The campaign seeks to raise public awareness for AIDS. 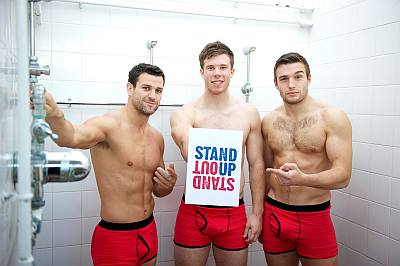 Here’s our rugby boys just chillin’ during their photoshoot for the noteworthy campaign. Ahh to be in their midst. 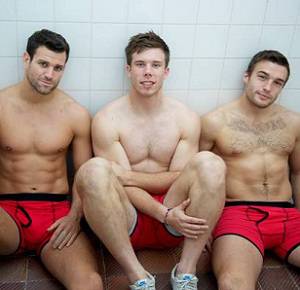 Says Karl (that’s him on the left) of the project and why they gave it their support: “More and more people are diagnosed with HIV every year and we’re only going to tackle it if we start talking more about safer s*x. Get your red pants on for World AIDS Day this year and support a brilliant charity so they can be there for even more people.”

Seb Stegmann Girlfriend or Gay? Does Seb have a girlfriend? We can’t find anything in the internets that says that he is in a relationship. Is he gay? We also can’t find anything that says that he is a friend of Dorothy. Hehe. But we did find this delicious funny photos of him as Santa Claus and as, maybe, Aladdin. [Update: In a 2014 Q&A with therugbypaper.co.uk, Seb mentions that he’s got a girlfriend who tells him that he does not cook enough.] 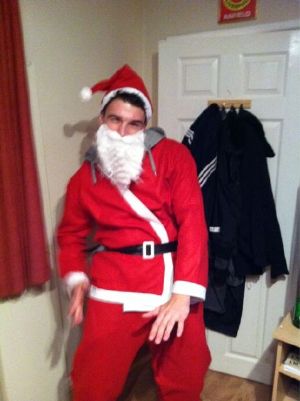 Our boy sure has a great sense of humor, doesn’t he? We think he’s playing Aladdin as we mentioned above but feel free to speculate what he is supposed to be with that attire and what he is doing.