Seann William Scott Underwear: Boxers or Briefs or Jockstraps? What, in underwear heaven, is Eminem’s picture doing in Seann William Scott’s boxer shorts? Looks like Eminem is wondering about that too, no? Damn, isn’t Seann looking ripped? He must have been pumping some iron. And how cute is he wearing that women’s tank top? [Oops: That’s actually Justin Timberlake and not Emenim. We are leaving it unchanged as a reminder for us to be careful with our details next time. Hehe.] 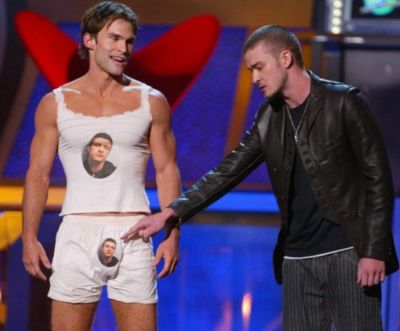 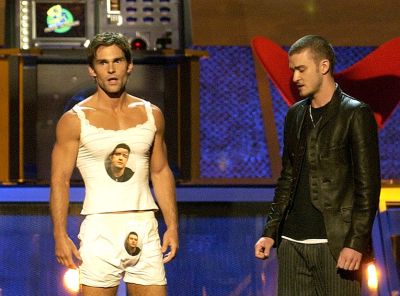 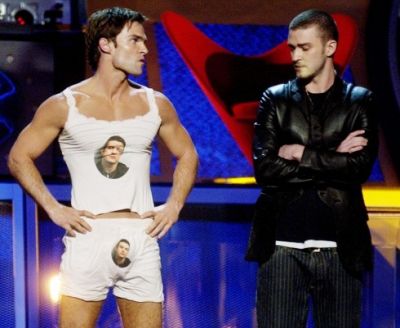 Anyhoo, here are more photos of Seann in his underwear. This time, he’s wearing a pair of white jockstraps which, naturally, gives us the license to include him to our list of celebrities wearing jockstrap undies. Want more men in jockstraps?

These jockstrap photos, by the way, are from Seann’s 2009 movie called The Gary Houseman Story. You haven’t heard of the movie? Us neither. It seems like it went straight to video.

Now did he squeeze the sweat off his jockstrap and drink it? Kind of weird, no? But then again people in sports tend to be weird and they have health beliefs which are questionable but which may or may not work. Seann William drinking the sweat squeezed from his jockstrap undies actually reminds us of the boxer who drank his own urine believing that it contains proteins and vitamins. Check out what we wrote earlier about Juan Manuel Marquez and his Urine Therapy.

But enough with weird sports beliefs. Instead, you might want to check out this video of one of Seann William Scott’s most interesting performance (for us Famewatchers anyway) where he makes out with Ashton Kutcher in the movie, Dude Where’s My Car.

We’d never think we’ll ever thank Fabio but he deserves our appreciation for that pissing contest between him and Seann/Ashton.

…..
Seann William Scott Underwear Update. A few years ago, when he guested on The Ellen Degeneres Show, we find out that our Seann did some legit underwear modeling on the runway. Ellen played a video of the actor rocking it in his boxer briefs and we have screencaps and a GIF for you. 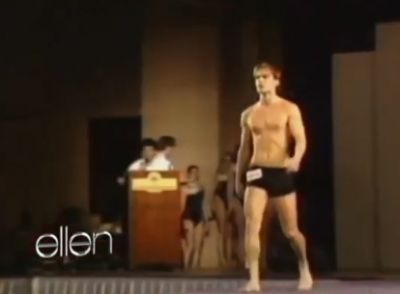 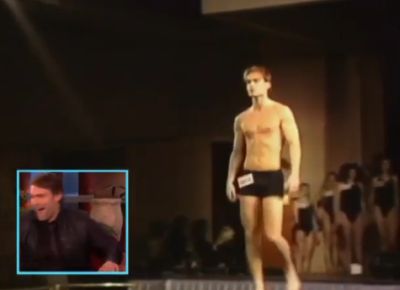 Off course, you didn’t think we’ll pass the opportunity to make a GIF of Seann’s runway modeling, did you?

Anyhoo, last but not the list, here’s a photo of Seann in a pillow fight while wearing women’s lingerie. Now, we’re pretty sure this is a fake photoshopped image but we’re adding it to this post because why not. 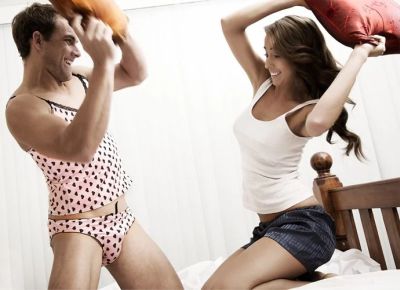