Sean Teale Shirtless, Underwear, Gay or Girlfriend: Ben Larson on Incorporated. Today in celebrity chest hair, we bring you a young British actor named Sean Teale whose chest hair below is peeking out ever so sexily from his shirt. We love it.

We get a “full view” of our hunk’s chest hair from this Sean Teale shirtless photo he shared with his Instagram followers. If you want to follow him, check him out at @seanjamesteale. 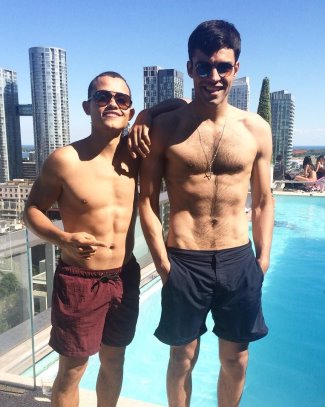 Those of you who are Sean fans would be happy to know that he is headlining a TV show which just started airing on SyFy. The TV series, Incorporated, is getting pretty good reviews and currently has a fresh rating (73%) on Rotten Tomatoes. 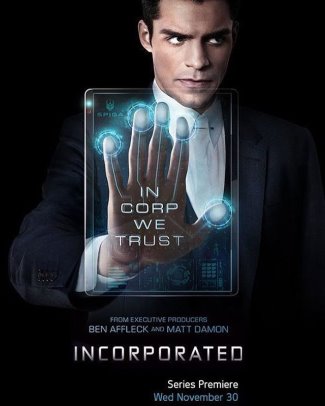 Ben has the best job, the prettiest wife, the nicest house, the best self-driving car…the best of everything. A rising star in the firmament of Spiga Biotech, one of the most powerful and influential corporations in the world in 2074, Ben is a driven man in a dog-eat-dog world whose ambition masks a secret motive: Ben is actually a child of the poverty-stricken Red Zones, where the love of his life, Elena, sold herself into servitude to the corporation to pay off her family’s debts.

Sean Teale Gay or Straight? He is straight. But he did go kissy kissy with a gay dude in an episode of the British TV show, Skins. Here’s our Sean making out with

Sean Teale Girlfriend? So, if he is straight, what is our Sean’s relationship status? Is he married or single? Is he dating? Does he have a girlfriend? Yes, he does have a girlfriend. Her name is Adelaide Kane, his co-star on The CW period drama Reign. Here’s a photo of the lovebirds. 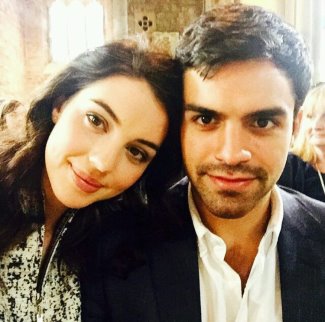 Sean Teale Underwear: Boxers or Briefs? What underwear cut does our British hunk prefer? Apparently, as you can see in the photos below, he is a fan of boxer briefs.

These images are screencapped from Skins where Sean used to be a regular (for seasons 5-6). [Want more male celebrity underwear?]