Scott Mills on Strictly Come Dancing. British radio DJ and TV personality Scott Mills will be dancing in the upcoming 12th season of Strictly Come Dancing. How will he fare in the competition? He admits to not knowing how to dance at all so it would still be an achievement if he ain’t eliminated in the first round. Haha. He tells us more about why he signed up for Strictly and whether he has a competitive streak. From mirror.uk:

What made you sign up to Strictly this year?
I signed up because I like to do something every year that makes me scared. As much as I say I don’t like being scared, I obviously do. Which makes me an adrenaline junkie! Four or five years ago I wouldn’t have considered it but I feel braver now. I did street dancing with Olly Murs on TV and the Sport Relief desert trek where we trekked across the desert in Kenya – I never thought I’d be able to do that. So here we are! That’s why I said yes. I don’t know whether I’ll live to regret it…

Are you a competitive person?
Not massively. Or I don’t think I am. But I’ve not really been in a situation where I’ve been up against people before. I want to make it good. I don’t want to be ‘the bad one’ so that makes me a bit competitive already…I’m going to do as much as I can, try my best and hopefully do alright.

Scott Mills Shirtless. Here are two shirtless pics for the ladies and gays: 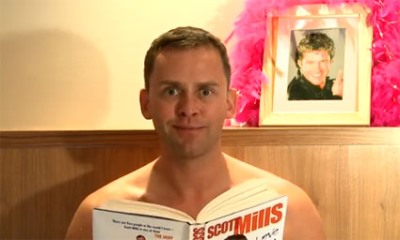 Hmmm. Not bad for a man entering middle age. If he stays long in the competition and goes all the way to the finale, we’re pretty sure he’ll be shedding the midsection body fat. 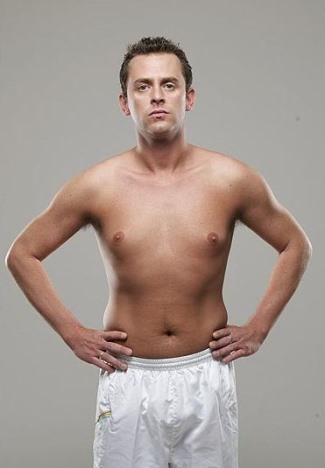 Scott Mills Boyfriend. In previous interviews, Scott mentioned that he’s dating a guy named Brad. Is this the guy? Is this Scott’s significant other? 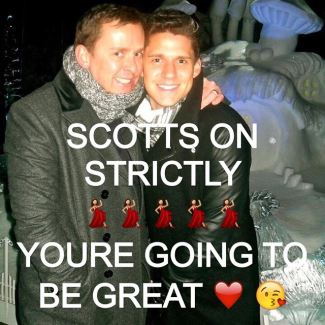 A shirtless pic of Brad Harris who may or may not be Scott Mills boyfriend. 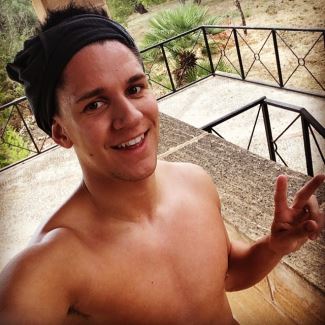 That’s it for now, fellow Famewatchers. Let’s wish Scott a great of luck as he learns how to dance the tango, the samba, the cha cha, the rumba and those other ballroom dances.