Scott Gill Underwear Photos. You want screencaps of Scott Gill in his red jockstrap? Of course you do! And we are more than happy to oblige: 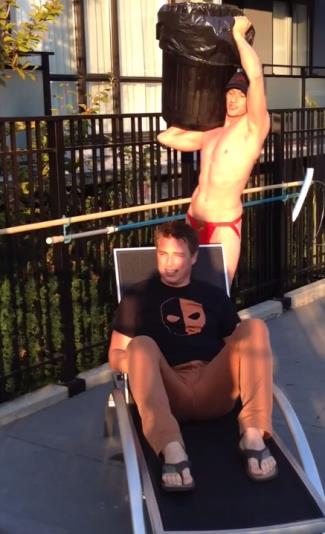 Watch him pour a big bucketful of ice to husband John Barrowman:

Haha. How cool are these lovebirds? 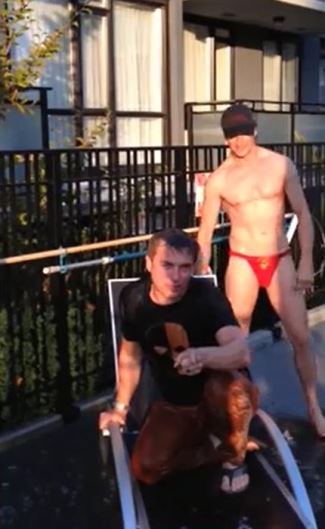 Scott Gill John Barrowman Underwear: Superhero Briefs. Incidentally, this ain’t the first time Scott’s underwear made a public appearance because the lovebirds showed off their superhero underwear during a DragonCon event a few years back. 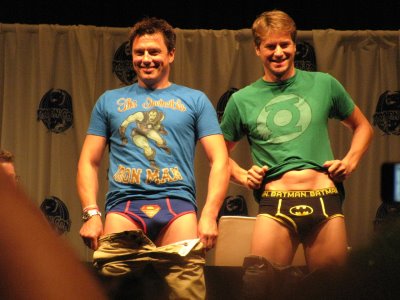 Our friend Kevin says these two are suffering from some kind of superhero overdose. We see his point — with John wearing an Ironman shirt and a Superman briefs underwear while his husband is wearing a Green Lantern shirt and a Batman undewear — but we disagree that this is an overdose.

John Barrowman Scott Gill Wedding Photos. Did you know that these two tied the knot last year after the court’s legalized gay marriage in California?

The wedding was informal and sudden but here are some details straight from John himself (via US Magazine): “It’s five after one and we’ve got our coffee and we’re in the car getting ready to leave, because where are we going, Scott?” the Brit says into the camera excitedly before training the camera on Gill, who smiles and excitedly replies: “To get married. Yay!”

Barrowman adds: “We’re getting married in the state of California. Thank you, Supreme Court, about time you made it legal. See you after we have the ceremony!”

The pair later posted an endearing shot of the two of them grinning big with their new marriage certificate, both of their hands prominently displaying their respective wedding bands. For more gay wedding photos, check out Nate Berkus and Jeremiah Brent Wedding. 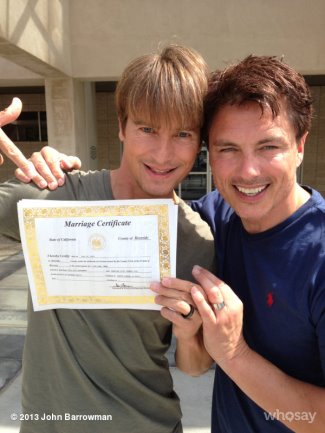 John has more details on what happened during the wedding (via the Daily Mirror): “I started welling up when we said our vows. It was the same with our civil partnership. I think it was because I never thought we’d be able to do it. Scott and I felt completely different after our civil ceremony, like we’d made a big step. But after this I feel very proud, happy and chuffed. It feels right.”

What prompted the two to tie the knot? Apparently, they had a fight… which led them to be more committed to their relationship.

Belated congratulations to the lovebirds! The two had a civil partnership ceremony in Wales eight years abo in 2006. It was a more formal affair with the grooms dressed up in suit and tie. 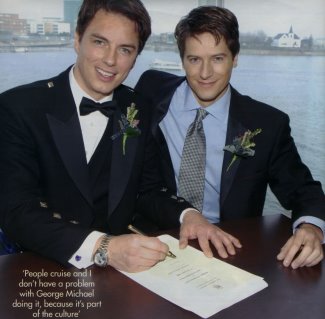 Young John Barrowman Shirtless. A shirtless photo of John when he was younger. He hasn’t really aged much, no? 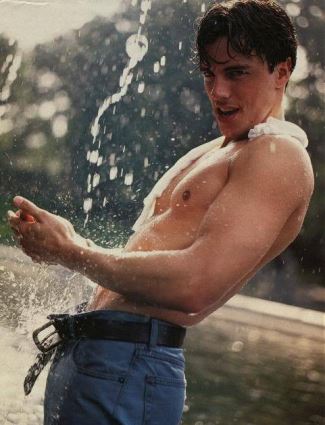 Of course, we won’t publish a shirtless John without posting a shirtless Scott Gill, right? Here you go: 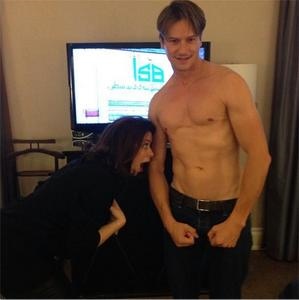