Scott Evans Shirtless, Underwear, Gay or Girlfriend? Would you agree that Scott Evans in his boxers underwear is hotter than his big brother Chris. Well, hotness is really in the eye of the beholder. So, before you decide on who is the hotter Evans brother, go first check out our post on Chris Evans Underwear: Boxers or Briefs. 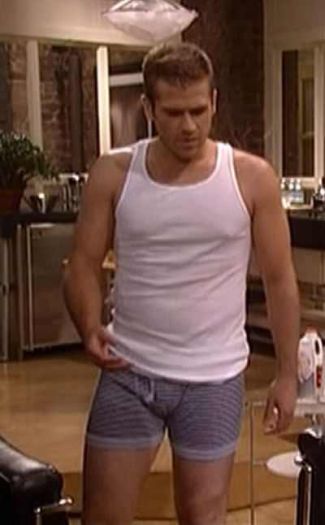 So who do you pick? Us? Well, we’re happy to say we’re not picking anyone and this is not because neither of them is hawt but because they’re equally hot, hot, hot. We can agree on that, right? For her part, our friend Deena says she is picking Chris because he’s got some fabulous treasure trail.

Scott Evans Gay or Straight? By the by, Chris may be the the more famous brother having starred in blockbuster movies and all but in the gay community, Scott is the more famous one. We know because our gay friend Kevin can’t stop talking about Scott when the One Life to Live actor made out with Brett Claywell in an episode of the ABC soap. 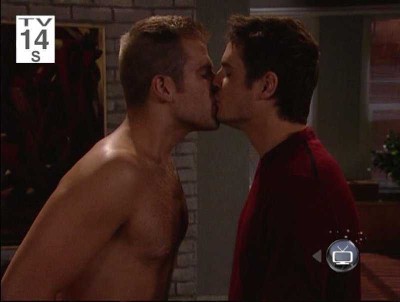 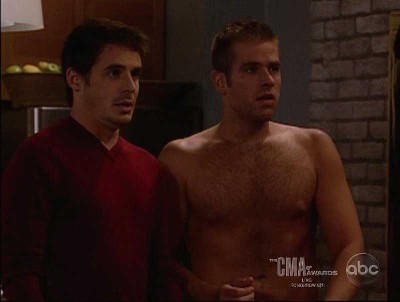 Scott may be the younger brother but he totally looks older than Chris in the photo below. This is daddylicious Scott Evans shirtless.

By the one, one of the reasons why Scott outranks his brother among gays is that he himself is gay. Who revealed that Scott is gay? Well, its his blabbermouth of a big brother, that’s who. Here’s Chris talking about his kid brother back in 2009 during an interview with Advocate Magazine:

Q: I read that your younger brother Scott is gay
A: Yes, I do have a gay brother. I’m down with the gays. Mostly I’m hanging out with him and his gay buddies, who are f*cking hilarious. They’re the funniest people I know.

Q: Do they take you to gay bars?
A: They’ve invited me out to gay bars before, and I said, “Look, guys, I’ve got to draw the line there.” That’s where a photo will get taken, it will run in magazines, and before you know it, I’ll be living down the gay rumor for the rest of my life.

All’s well in the Evans household though because Scott didn’t mind being outed professionally by his big bro. Here’s what Scott said in an interview with the Advocate: “He outed me publicly. I outed me when I was 19 but he outed me publicly… it was The Advocate that the article came out where he told my story and when the article came out he got a lot of flak for it from a lot of his friends who said, ‘I can’t believe you did that!” Immediately I got a phone call from him and he left me this message freaking out: ‘Are you okay with this? Are you upset that I did that?’”

Scott assured Chris that he wasn’t upset about the public outing. Adds Scott: “I’m glad that he’s comfortable enough to talk about it and not ashamed about it or anything.”

Isn’t that cool to have a supportive older brother like that. For the record, Chris is also supportive of same-sex marriage voicing out his support in an interview with Playboy Magazine.

Here’s Chris’ response when he asked about gay marriage: “Are you kidding me? It’s insane that civil rights are being denied people in this day and age. It’s embarrassing, and it’s heartbreaking. It goes without saying that I’m completely in support of gay marriage. In 10 years we’ll be ashamed that this was an issue.”

Did you read that people of the United States? Captain America has spoken and he has spoken wisely!

Scott Evans Shirtless Selfie. Look who’s got a selfie? It’s our Scottie! He’s got some scandalous self-pics that is more revealing but we ain’t gonna upload that. Hehe. 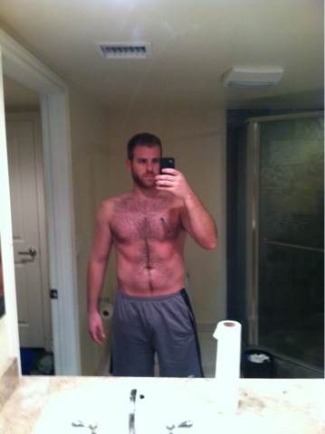 Let us end this post with a photo of our Scott on the cover of Instinct Magazine. 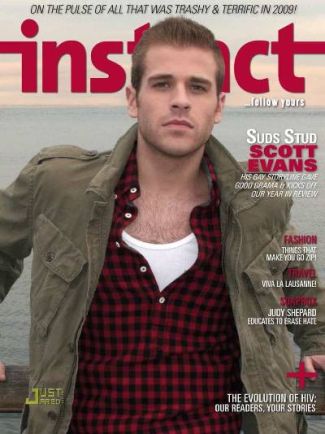