Sayyid El Alami Shirtless, Girlfriend, Messiah on Netflix. Let us add Sayyid El Alami to our list of Celebrities Wearing Adidas. Who is this guy, you ask? Well, in a very short while, you’ll not be asking said question because the French actor’s global popularity is about to blow up courtesy of Netflix’s The Messiah. 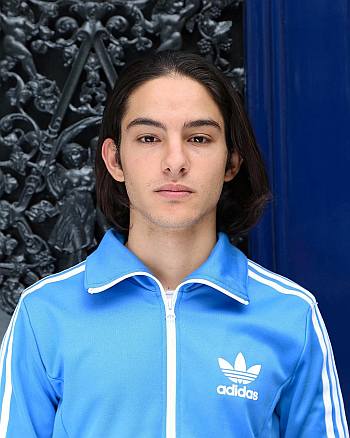 Sayyid, like Mehdi Dehbi, is cast on the Michael Petroni TV series which will start streaming exactly on 1 January 2010. Unlike Mehdi who’s been acting since 2003, Sayyid is a relative newbie in showbiz. In fact, his very first acting gig on camera occurred only a year ago according to his IMDB page.

According to wikipedia, Sayyid will be playing Jibril Medina who is described by Deadline as “an orphaned Syrian refugee who leaves war-torn Damascus to become a devotee of al-Masih in the hope the stranger leads him to his destiny”.

Sayyid El Alami Ethnicity. His time-art.com profile says he speaks English, French, and Arabic. To date, most of his acting projects are in French so we are deducing that he is French of Arabic descent. But we will update this post in the future when we find the relevant information that is factual rather than a deduction :-)

Sayyid El Alami Girlfriend or Relationship Status. We have no information as to whether he is dating anyone at this time but we will update this post once we have the relevant information for the curious among you. We’re talking to you, Sheila! 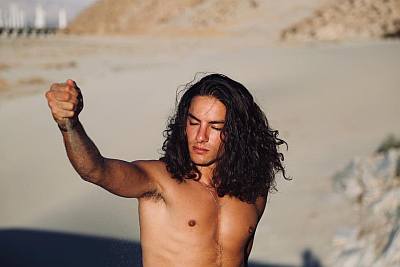 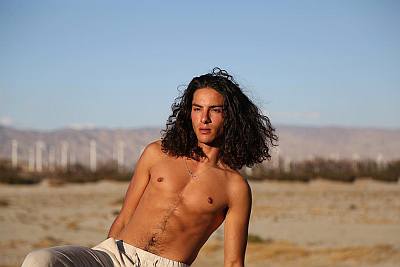 We see England, we see France. We see Sayyid’s Burberry underpants. That’s a Burberry, no? Now, are we the only ones concerned that he might get cancer from this photoshoot? Looks like it’s a very sunny day so we hope he used an effective sunblock. 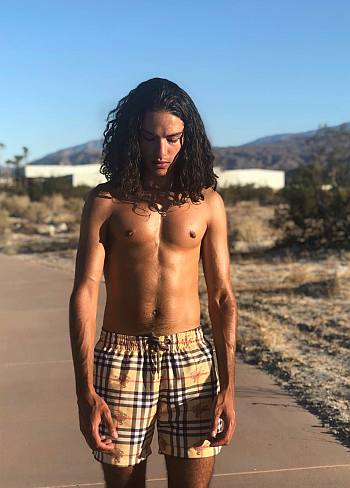 Here’s a pic for those of you googling for smoking photos of Sayyid El Alami. We know you are not looking for an image of him literally smoking but he is figuratively smoking as he smokes, right? 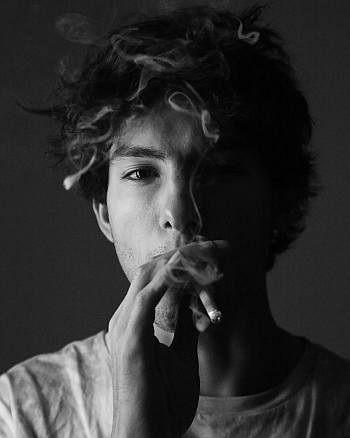