Sammy Sosa’s Bleaching Cream: Hydroquinone? Baseball great Sammy Sosa must have been watching a lot of Indian skin whitening for men commercials. He just admitted that he’s been using bleaching cream which made him look like the second coming of Michael Jackson during the Latino Grammy Awards from which the above photo was taken. 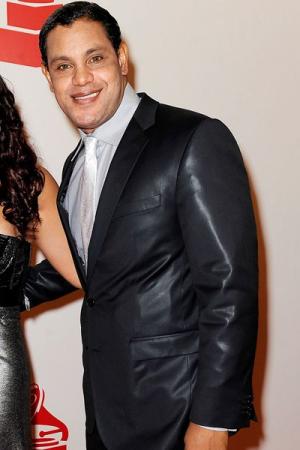 Says Sammy on his bleaching cream:

“It’s a bleaching cream that I apply before going to bed and whitens my skin some. It’s a cream that I have, that I use to soften [my skin], but has bleached me some. I’m not a racist, I live my life happily.

“What happened was that I had been using the cream for a long time and that, combined with the bright TV lights, made my face look whiter than it really is. I don’t think I look like Michael Jackson.”

Well, we’re a little relieved that its bleaching cream that turned Sammy lighter and that he’s not suffering from a vitiligo skin condition or the disease that turned Michael Jackson’s skin from black to white.

Update: The folks at Deadspin are speculating that Sammy used a bleaching cream that has got some Hydroquinone in them. Hydroquinone is a skin lightening agent which was approved by the U.S. Food and Drug Administration as far back as 1982.

Aside from bleaching the skin, hydroquinone is used for acne scars, age spots, and freckles.