Salma Hayek Francois-Henri Pinault Got Married! Congratulations to Salma Hayek and Francois-Henri Pinault on their wedding. According to a Daily Mail report, Selma and Francois got married in the City Hall of the Sixth Arrondiseement, which is owned by the groom’s family, in the St. Germain area of Paris. The wedding was held last 14 February, Valentines Day, which clearly has a special significance for the couple. Their 17-month-old daughter is named Valentina.

The Daily Mail reports on the Salma-Francois wedding: “News of their marriage comes as a surprise after they publicly announced the end of their engagement last July. The couple blamed the long-distance between them – Salma spends most of the year in Los Angeles because of her acting career, while Francois-Henri is based in Paris. The couple met in Venice in May 2006, and after a low-key courtship, announced they were getting married and having a child together the following year.”
We love us our Salma Hayek, partly because she breastfed a hungry baby not her own, and we love the people she loves and who loves her in return. Which means that we also love us our Francois-Henri Pinault. Salma, by the way is 42 years old while her billionaire husband is 46. 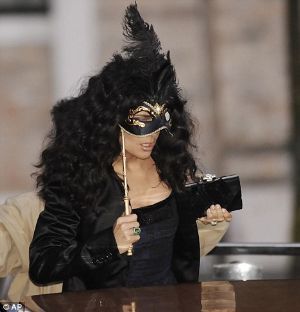 If we go by these photos, it appears like masquerade is the theme of the Salma Hayek and François-Henri Pinault wedding. This is the couple’s second wedding after their Valentines civil wedding which we reported last February. As expected, this second wedding was attended by Hollywood celebrities. 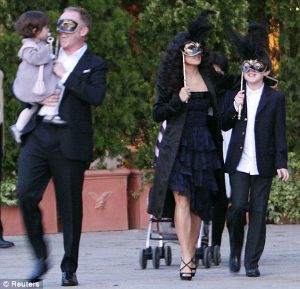 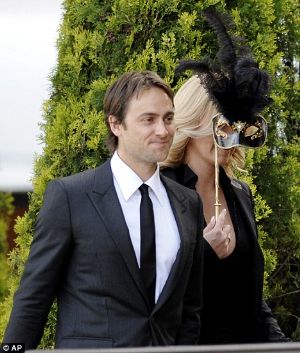 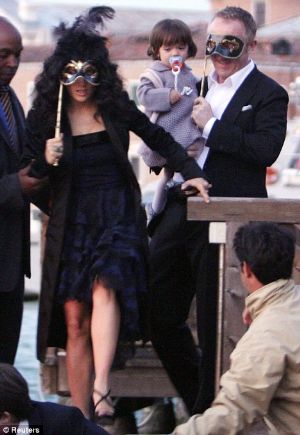 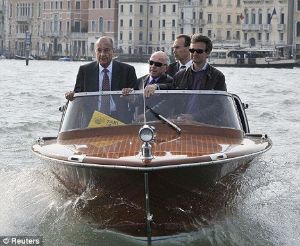 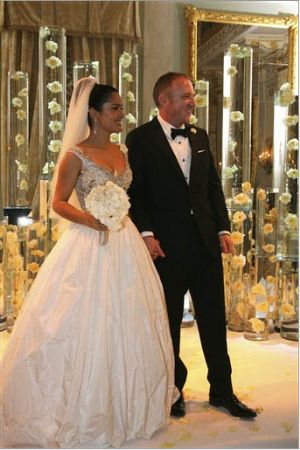 Wow. Our admiration for Salma Hayek went up 1000% after we watched this video where she breastfeeds a baby not her own. Go, Salma.