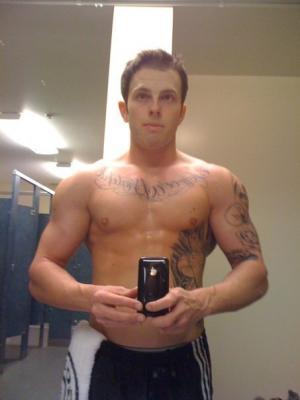 Not unexpectedly, the denizens of guyswithiphones are debating Ryan’s tattoos. A sample of their comments: 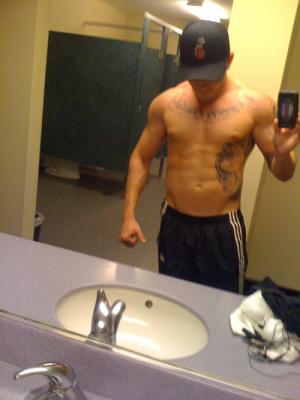 Want more guys with iPhones? Check out our post on boyfriends Michael Stipe and Thomas Dozol.

…..
Ryan Vieth Shirtless and Mugshot Photos Update (14 December 2011): Want some more Ryan Vieth photos? Well, here’s one from when he was booked following his arrest for DUI. TMZ says that there was a standing warrant for his arrest because he failed to report to the court or something… yeah, its all legal stuff. 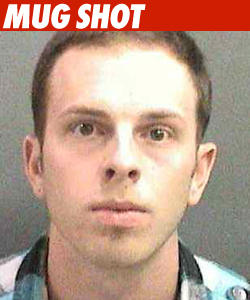 Looks like our Ryan sure likes to take self-portraits of himself in the buff with his iPhone. Here’s another photo where Tamra Barney’s son is wearing nothing but his boxers underwear. 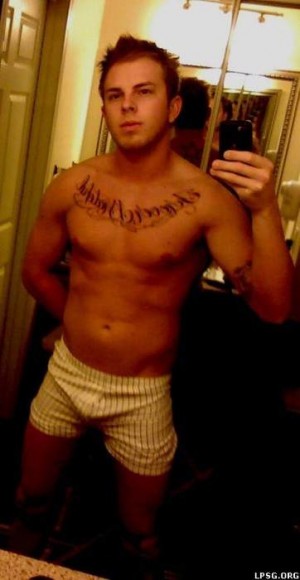 Vertical striped undies? You know what they say about outfits with vertical stripes, don’t you? It’s what you wear when you want to give the impression that you are actually taller (or longer) than you actually are. Maybe our Ryan is hoping to give the same optical effect with his undies?

Yeah, we know its silly but we gotta ask. Haha. By the way, we agree that them tattoos are bad, bad, bad.