Ryan Ulrich Gay or Girlfriend: Shirtless and Underwear Photos – Survivor Hustler. Let us continue blogging about Survivor castaways and their underoos and let us focus, this time, on Hustler castaway Ryan Ulrich. Two episodes in, we are liking the guy. We are loving his bromance with our ex-imaginary boyfriend Devon Pinto. Here’s the two Survivor Hustlers competing in last week’s episode. 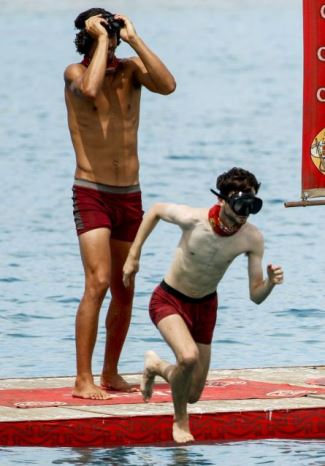 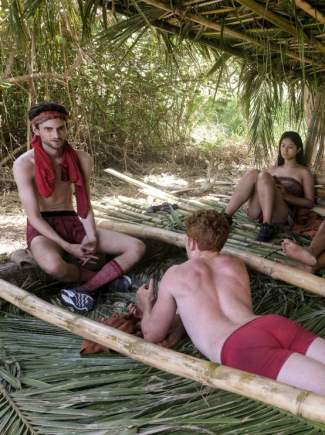 Here are more Ryan Ulrich shirtless and underwear photos courtesy of cbs.com. Damn, he is paler than Patrick who is naturally redhead pale. 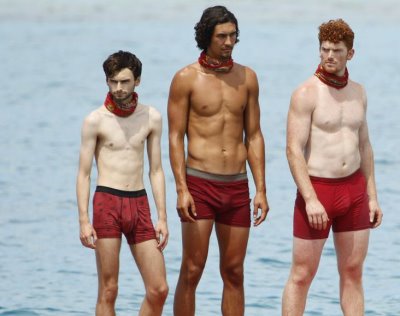 Ryan goes off to compete in his boxer briefs underwear and his much talked about turtleneck shirt. Famewatcher fashionistas, didn’t we tell you that turtleneck ain’t going away? 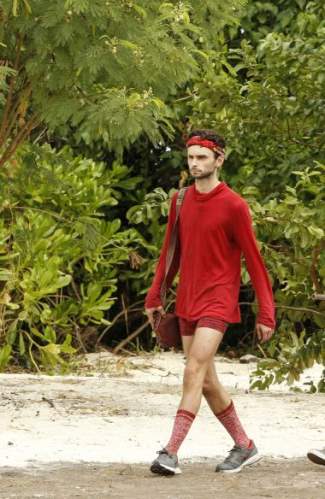 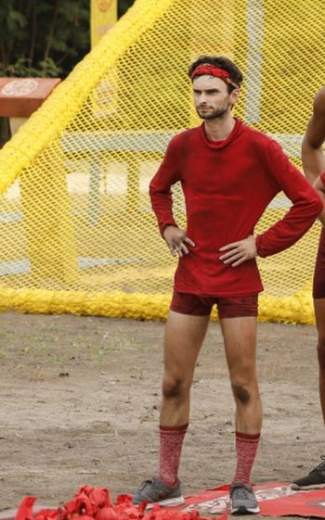 Is Ryan Ulrich Gay or Straight? Unlike JP Hilsabeck who mentioned on his Instagram that he tied the knot with a fellow fireman, we have no indication as to float Ryan’s boat. In other words, we do not know whether he is gay, straight, bi, poly, or what have you. We also do not know whether he has a girlfriend or wife or partner.

We are liking Ryan on the show so far but what are his prospects in upcoming episodes? Looks like he’s made a positive impression among his fellow castaways because they are liking him (at least in the Josh Wigler interviews on The Hollywood Reporter). The hunky and beautiful Cole Medders, for instance, can’t wait to partner up with our Ryan:

Cole Medders (Wilderness Therapy Guide on Ryan Ulrich): I think he’s incredible. He’s also kind of got this goofiness. It’s on a lower key. You wouldn’t expect it from him because he’s kind of a smaller guy. And at first he was kind of quiet, but once you show him like, “Hey man. I’m willing to goof around too.” He kind of comes out of his shell a little bit. And this is all still being said without talking to him. So I can’t wait to actually partner up with him on the island. And maybe he’s one of those guys that would be in an alliance that would fly under the radar. [via The Hollywood Reporter]

Update: Here’s another Ryan Ulrich Survivor photo. Looks like he is as pasty white as our favorite redhead, Patrick Bolton who was unfortunately kicked off the island two episodes ago. 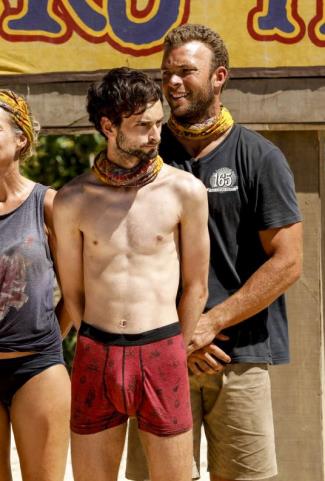