Rugby is So Gay: Rugby Players’ Intimate Moments. Is the photo below the greatest photo ever in the history of sports journalism? Nah. Not really. The greatest sports photo ever should have Muhammad Ali in it. Hehe. However, this photo is a great sports photograph.

It is also cool and funny enough to add to our Sports Is So Gay series. For those of you who missed our previous entries for the Sports Is So Gay series, check out our posts on the following sports: golf, basketball, baseball, hockey, and American football. Our favorite of them all, not surprisingly, involves wrestling. 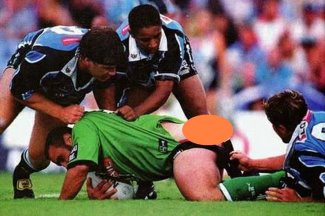 Anyhoo, let us go back to rugby and count the ways why it is so gay. Naturally, as we have done in other sports, we have photos to back up our assertion that the sport — which gave us the likes of Ben Cohen, Dan Carter, and the great Jonah Lomu — is indeed so gay.

Rugby is so gay because … it is a competitive sport where pulling down a fellow players pants is not unacceptable. 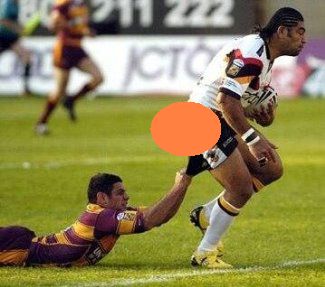 We see England, we see France, we see a rugby player’s underpants. 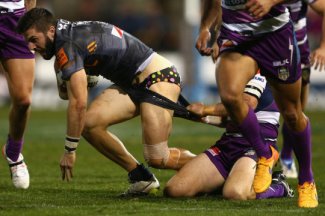 Rugby is so gay because … where else can playing in the pitch is like playing on the bed. You know, like these guys are doing? 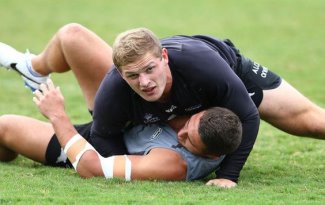 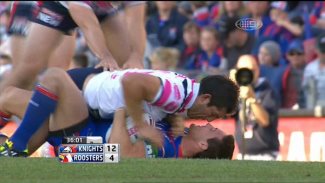 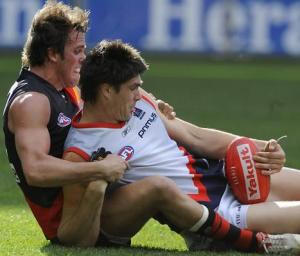 Rugby is so gay because … crotch grabbing is a part of the game. 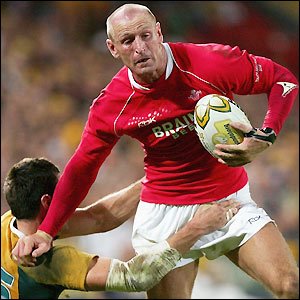 Rugby is so gay because rugby players do not mind sharing some intimate underwear moments as you can see in the next photos below. 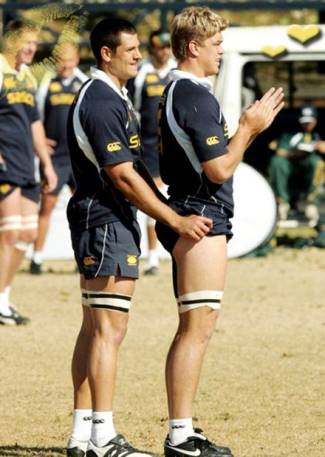 Underwear reveal is okay in rugby. 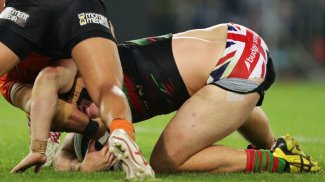 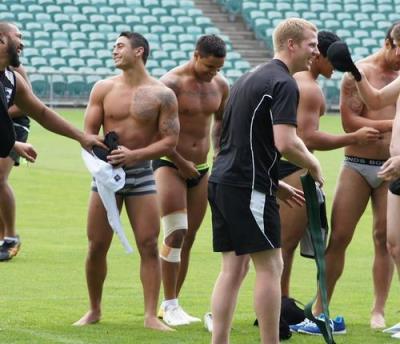 In conclusion, we gotta say that rugby players are our “favoritest” athletes in team sports. Admittedly, we love them because they have the least hang-up when it comes to baring their bodies. For instance, have you ever watched that video of the Austrian rugby team strip-teasing in the streets of Vilnius. That was a blast.

But rugby players also do some cool stuff like Ben Cohen being an ally and supporter of the LGBT community as well as helping raise public awareness for men’s cancer. 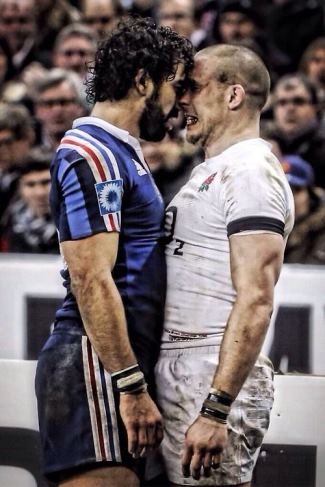