Ronan Keating Underwear and Shirtless Photos. What kind of underwear does Ronan Keating wear? Boxers or briefs? Longjohns or jockstraps? To be honest, we don’t know. But we do know that he loves him his Aussiebum undies. How do we know this? Because he tells us himself in the video below where he and the TV hosts discuss their favorite brands. 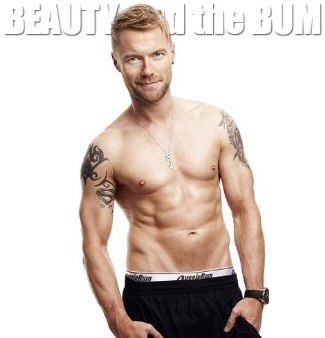 Like us, the hosts were surprised why the Irish hunk is loving him an Australian brand but as we’ve been saying here these past years, Aussiebum does make sexy underwear for men. Go see these Aussiebum Male Underwear Models to see what we are talking about.

Anyhoo, you want photos of the X-Factor judge in his Aussiebum underwear. Unfortunately, we don’t have one where he poses a-la David Beckham. But we do have the following pics where his Aussiebum peeks up from his low-hang pants.

Do you know what his tattoos are supposed to be about? 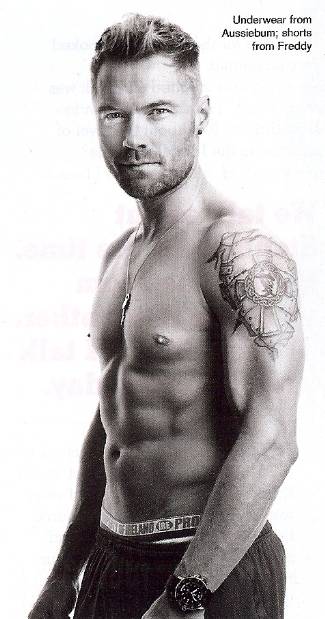 Ronan on the cover of Attitude Magazine. He’s got nice washboard abs, doesn’t he? 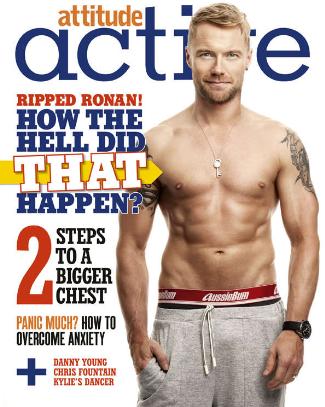 Our favorite Ronan picture of all would be the next one where our boybander poses as a boxer. 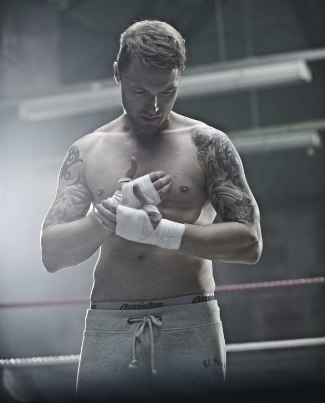 Very hawt! We think Aussiebum is missing a golden marketing opportunity here. The people running the company should have hired Ronan as a celebrity spokesmodel two years ago when he professed his love for the brand and had him pose the different underwear cuts they make — from the risque ones to the bum enhancers to the push-up briefs. Can you imagine Ronan in this pair of Aussiebum WJ Pro Wonderjock? Hah! We’re pretty sure it will make our friend Kevin’s day.

An Aussiebum underwear that Ronan does not have to wear would be those silly push-up enhancers that supposedly improves the sight down there for men with size issues. We read somewhere that Ronan is naturally gifted down there and needs no silly enhancements that are as fake as fakeboobs. Seriously, check out the power of Ronan’s crotch area. It’s so powerful it can laser through his trousers. Haha. We’re told this is a recreation of a Sean Connery scene in Goldfinger. 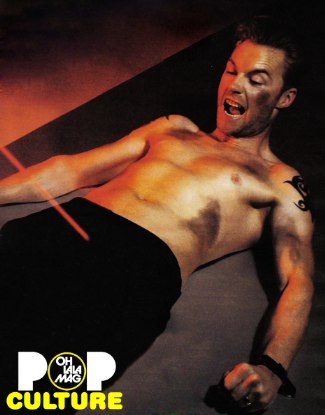