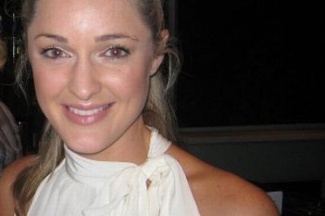 Anyhoo, who is Storm? Well, according to the Daily Mirror, Ronan’s newest squeeze is an Australian TV producer who used to produce the Australian version of X-Factor but who is now producing its rival show The Voice (Australia).

The two reportedly met two years ago on the set of X-Factor Australia, where Ronan is one of the judges, but only started dating last April following her split with her ex-husband, Tim Ivers.

Says a source who blabbed to the Daily Mirror: “Storm is beautiful and vivacious and is a really good tonic for Ronan after the tough 18 months he’s had. They have loads in common – both are into keeping fit, music and good food and wine – and there is a real spark between them. For the first time in months Ronan has a real spring in his step and although they’re still in the early stages, both think this could be something long term.”

The source is reportedly “close” to Ronan and we’re guessing its his publicist or someone with a similar role. Here’s a picture of the happy couple. According to Australia’s The Sunday Telegraph, Storm “bears a striking resemblance to both Keating’s ex-wife”.

Do you agree or does the paper’s writers and editors need new eyeglasses? 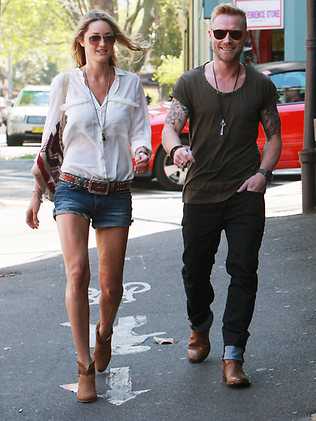 The Telegraph also tells us that Storm is 31 years old and that she is the niece of former ABC boss Max. So there! Now you know more about Ronan Keating’s current squeeze.

What does the Irish singer say of his new girlfriend?

Here’s what he said according to the Daily Mirror: “Storm and I have been friends for some time and that has recently evolved into something more serious. We’re really happy.”

Well, congratulations to Ronan and Storm for finding each other.

Now fellow Famewatchers, what are we gonna call this new celebrity couple? Shall we call them StoNan or RonSto? We like either but RonSto sounds more badass so we are going to call them that. Ronan and Storm sitting on a tree.