Ronald Reagan Young, Shirtless, Underwear, Cowboy Photos. When we first came across the photo below we were like, “What the heck is happening here? Who is that young man in his underwear? And why is that older guy pointing a stick at him?”

Truth be told, it made us uncomfortable because it kinda reminds us of that scene in 12 Years A Slave where people were being examined and sold as if they are not human beings. 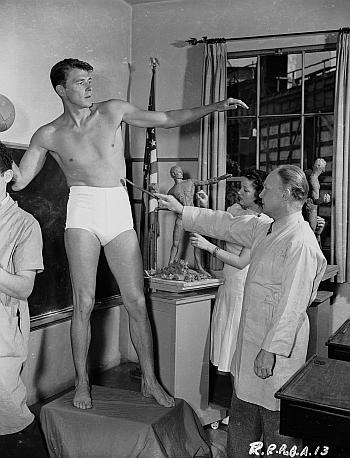 But, some googling told us the context behind the image: Ronald Reagan is simply posing in a sculpture class at the University of Southern California. Whew! Ain’t that a relief. He ain’t some young man being sold like cattle, after all. 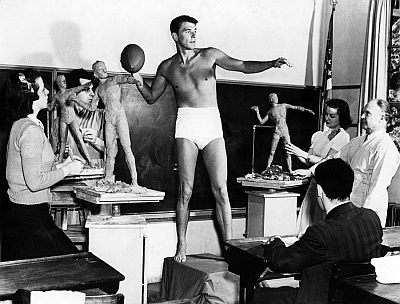 Now, say what you will about his policies when he became U.S. President but there is no denying that Reagan is a hunky good looking dude when he was younger. Like, tell me you don’t go “Hubba hubba!” while looking at these photos of the guy.

Whether fully clothed or wearing nothing but a pair of swimsuits, young Ronald sure is bringing it. 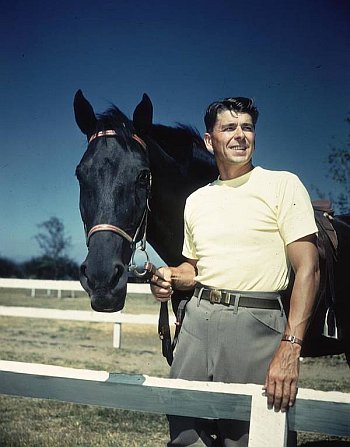 Ronald Reagan, Lifeguard. We thought the pic below is only from a movie but it turns out that he was actually a lifeguard in real life. According to his wikipedia page, “his first job involved working as a lifeguard at the Rock River in Lowell Park in 1927.” 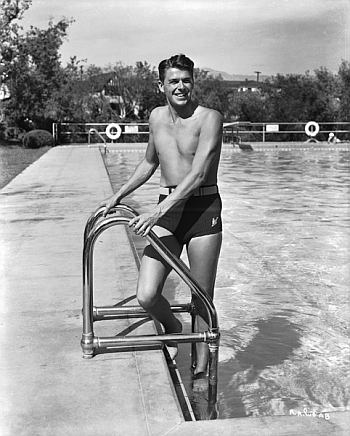 His wiki also mentions that he performed 77 rescues as a lifeguard and we were like, “Huh, that’s a lot of people. Either lots of Illinoisans have no business being in the swimming pool if they don’t know how to swim or maybe the number is inflated.” 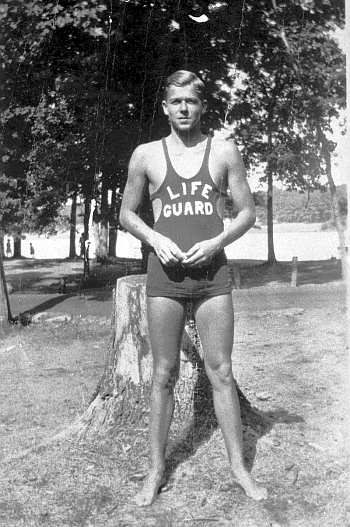 The Reagan Foundation has some details though and we are gonna quote it: “Starting in 1925, his sophomore year in high school, and continuing for the next 7 summers, Ronald Reagan was the proud lifeguard of Lowell Park’s swimming section of the Rock River. When an opening for lifeguard came up, Ronald Reagan went to the YMCA to take a lifesaving course and was then hired for the position. From Memorial Day to Labor Day he worked twelve hours a day, seven days a week keeping swimmers safe. Over the course of 7 summers, he saved 77 lives, a number he kept track of by cutting a notch in a log on the river’s edge each time he pulled someone in need out of the water.”

Okay. Good, for you Ronnie the Lifeguard! 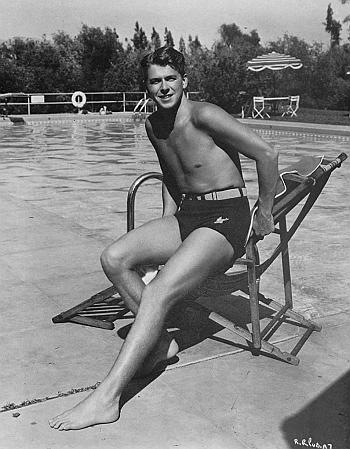 Ronnie, The Male Model. A classically good looking man will still look great in what modern fashion critics would describe as an “interesting” suit. 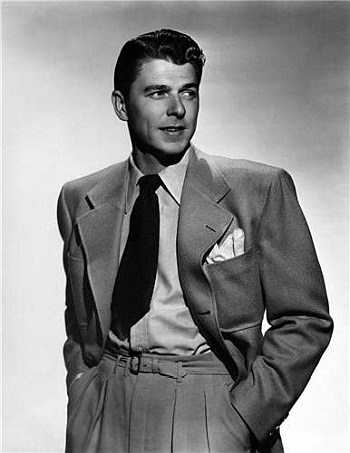 Next pic is for those of you googling “Smoking Ronald Reagan”. 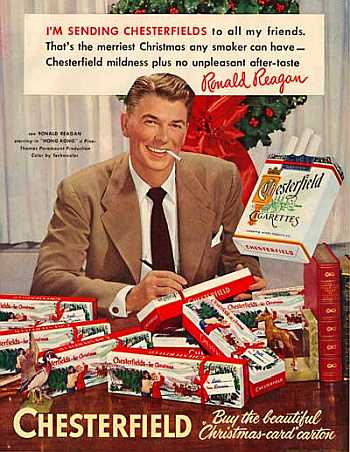 We said it before but we’ll say it again, “Hubba! Hubba!” Want more Hot Vintage Men? 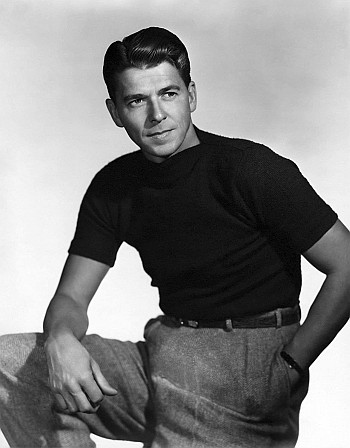 Let’s end this post with young Ronald as a cowboy, shall we? 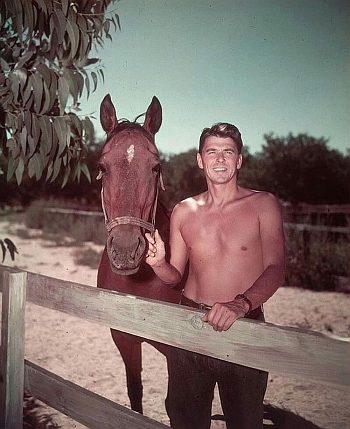