Romanian Female Models: Is Alina Puscau The Sexiest of Them All? You’ve seen her sing and dance [see video below]. Now, here’s some modeling photos of Romanian Victoria’s Secret model Alina Puscau. How hot is she? Check out more pictures of Alina after the jump. 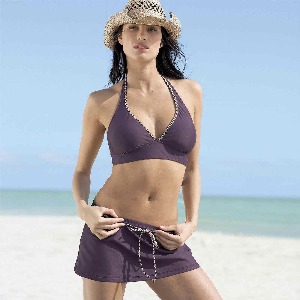 Alina with her boyfriend American director Brett Ratner. He really is a lucky guy, no? 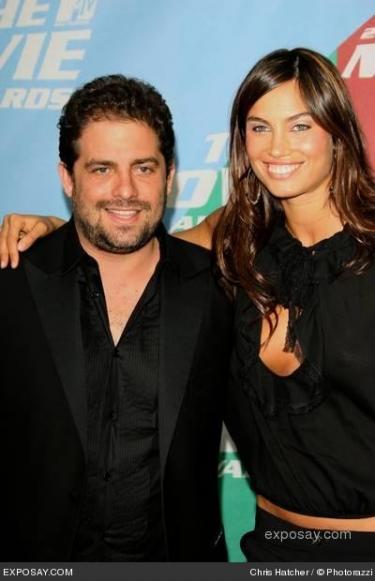 A Victoria’s Secret model who can sing? How cool is that? Maybe cooler than being the girlfriend of Leonardo di Caprio, no? Anyways, check out this video of Alina Puscau, a Romanian model who recorded her version of the Numa Numa song which went viral in the not too recent past when some dude singing and dancing along with it.

Anyways, what do you think of Alina’s singing capabilities? Is she better than American Idol’s Bikini Girl?

By the way, Alina is reportedly the girlfriend of director Brett Ratner so she’s got some Hollywood link that could help her graduate from modeling to becoming a pop star.

What’s Alina Puscau Doing Now? (21 August 2011) So what’s Alina Puscau up to these days? We’re surprised to know that she’s appearing in a movie. And it ain’t just a movie either. It’s a studio movie, Conan The Barbarian. We don’t know if it is a speaking part – she’s Slave Girl #1 – but, along with her appearance on the 2001 movie Shallow Hal, this should be enough of a credit to make her a legitimate actress, right? Please say yes! 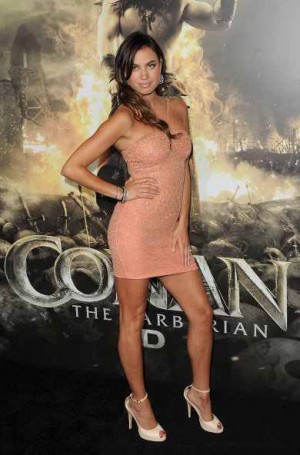 Anyhoo, check out Alina on the red carpet during a recent premiere for Conan The Barbarian. In an interview with globalgrind.com, Alina has this to say about her experience as a film actress:

So how does it feel to be apart of the remake of Conan The Barbarian?
Oh my god, it feels amazing. I’m very grateful for the opportunity. I had the chance to work with an amazing cast and crew.

Should be fun, so can you tell us how is acting different from modeling?
Modeling is like acting, one day you shoot for Victoria’s Secret and the next day you shoot for Harper’s Bazaar. You still have to get into the character, but acting is more intense.

Do you think our Alina is the next Brooklyn Decker (who appears to be on her may to making it as a genuine Hollywood star)?