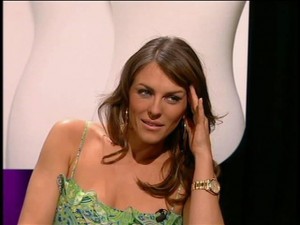 Look who’s got herself a Rolex gold watch? It’s British supermodel-turned-actress Elizabeth Hurley. Our girl has not been very active lately but you should watch out for her in High Midnight, a movie about vampires and the undead, slated for release in 2011.

Check out this close-up of a Rolex President gold watch similar to Elizabeth’s. 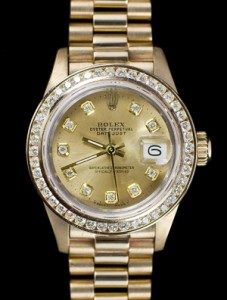 FROM THE ARCHIVES: Old blog entry on Liz Hurley 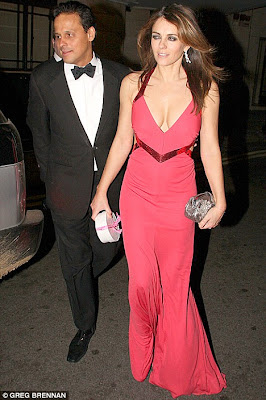 Question: Which Supermodel is reportedly more of a boss than a wife? It’s Elizabeth Hurley. That’s according to a Daily Mail source who reportedly said this:

‘She’s more like a boss than a wife. Arun often feels like rather than being in first flush of love, he is stuck with a wife who can be cold, pushy and bossy.’

Nah. These two deserve no sympathies from us. They’re adults. They’re super rich. They’re beautiful people. And other than what appears to be a loveless marriage they’re much better off than 99.99% of us. So our sympathies should go to the children of Darfur, no? Right!