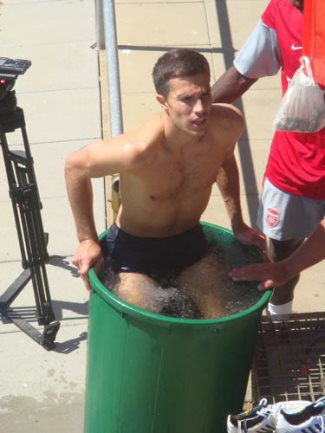 The Guardian ranks the 30-year-old striker as the 11th best footballer in 2013. Here’s what the paper says about his ranking:

Van Persie has managed to fall four places in this list despite winning his first league title and scoring 32 goals in the calendar year. He did score only once in two months in spring and failed to provide incision against Real Madrid in the Champions League but he remains a refined all-round centre-forward and an explosive finisher with a beautifully decisive touch. Under David Moyes injuries have encroached once again but Van Persie remains commendably incisive.

Now let’s move on to the more mundane (and yet more interesting) things about Robin: does he wear boxers or briefs? If we go by the next photo below, our Robin likes him his tighty whitie briefs specifically Nike Pro. 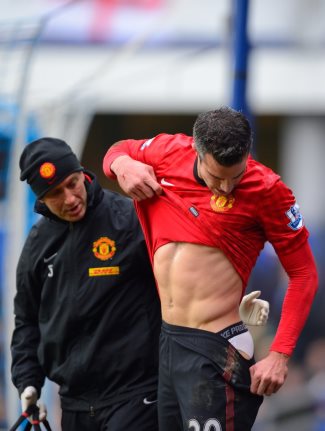 Apparently, he also likes to wear Pull-In Underwear. [Know another famous athlete who wears Pull-In and Nike Pro Underwear? Go check out motorcycle road racer Randy de Puniet’s Underwear Photos, him and Robin have the same taste when it comes to underwear brands.] 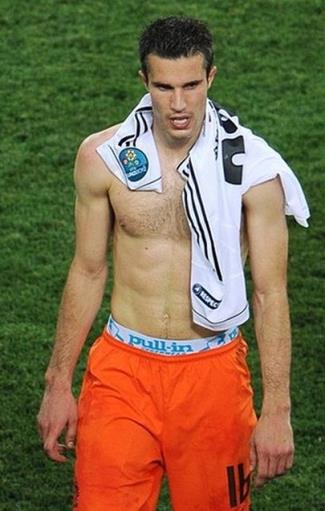 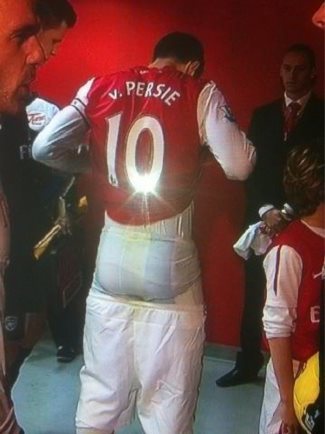 Our Dutch hunk is enjoying a very successful 2014 World Cup in Brazil. So far, he has scored three goals against opponents of his Dutch national football team (two against Australia and one against Spain). We’re pretty sure he will continue with his ball-kicking and scoring ways as the Netherlands advances to the next round. 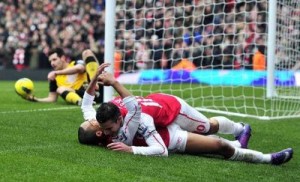 But RVP is married so he’s as straight as they come.