Robert Pattinson Sunglasses: RayBan Wayfarer RB 2151. Whose eyes are hidden behind this pair of RayBan Outsiders Wayfarer RB 2151 Sunglasses? It’s the world’s most famous vampire Edward Cullen aka Twilight star Robert Pattinson. Really nice glasses but RPattz is back to his pouty old self which makes us want to flick his ear or something. Or maybe he’s just waiting for a kiss from us Famewatchers, eh? 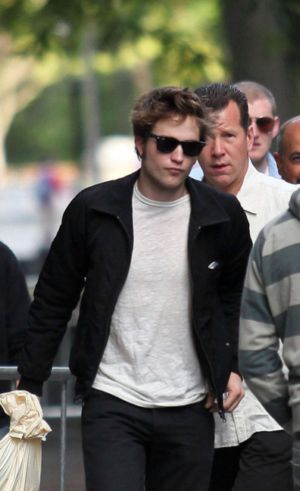 Hey, Robert, you want a smack on the lips? Will a kiss from us drive away your poutiness? Hehe. On second thought, we take it back. We aren’t really about kissing vampires. 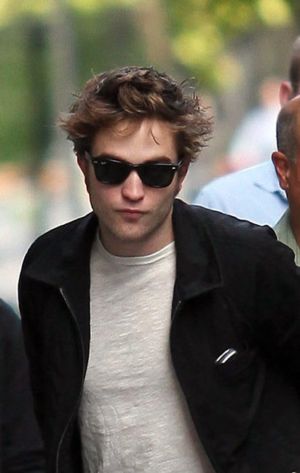 Hey, Robert, are you trying to get in touch with us? Our number is xxx-xxx-xxxx. Now go ahead and dial our number. We’d be waiting for our phone to ring. Hehehe. 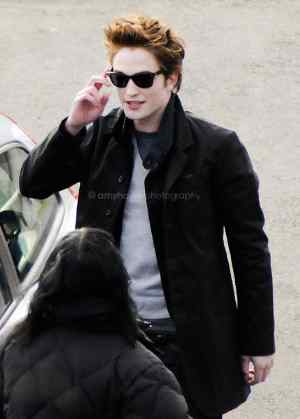 What do you think of Robert and his RayBan 2140 glasses? Great? Cute? Or Meeeh? We say it’s cute! He is for sure rocking the RayBan look. 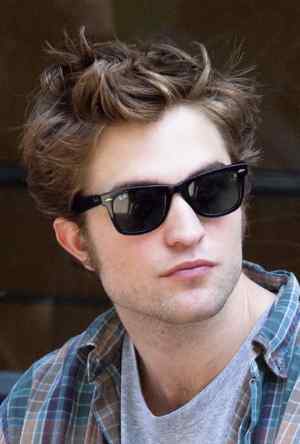 Is there a hint of a smile from our British cutie? Want more men’s sunglasses or would you rather check out these celebrities wearing RayBan? 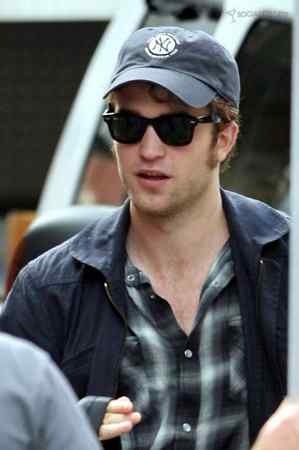 Now our Robert is back to his old pouty self. What is it with him and Twilight co-star Kristen Stewart that they kinda always look unhappy? Good thing their other co-star, Taylor Lautner, is the smiley kind of guy who always looks happy. 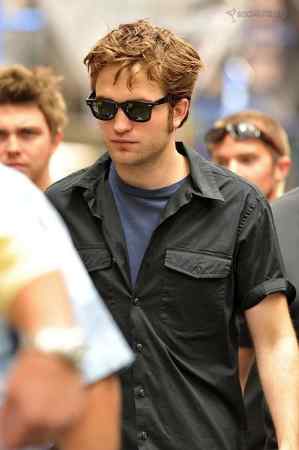