Robert James-Collier Shirtless, Underwear, Girlfriend. Hello Famewatchers, here’s a question for the more informed among us. Do you happen to know where this photo of Robert James-Collier stretching in his boxer briefs underwear was taken? Is it a still from a movie, TV, or stage play? Or is it from a magazine photoshoot? Or just some random photo of the actor?

We ask because your Famewatchers made a bet on who is correct. Deena believes it is from a stage play while yours truly thinks its a screencap from a movie. We tried googling for the answer, of course, but we’re empty handed so far.

At any rate, wherever this photo is from, there is no denying that our British hunk is hot, hot, hot in his underoos. Want more men in boxer briefs? 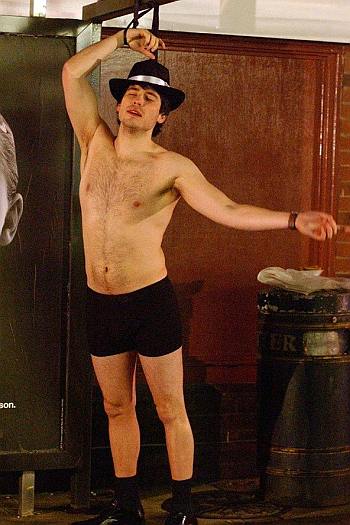 He looks hot, hot, hot in his suit too as you can see in his red carpet look below. 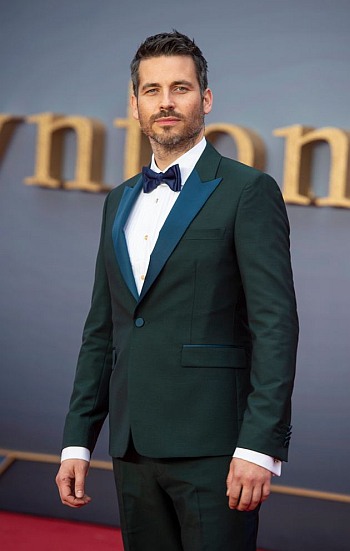 Robert James-Collier Gay in Real Life? Those of you who watched the British TV hit Downton Abbey should be aware of Robert because he portrayed probably one of the most high profile LGBT TV characters of all time. His performance as the gay butler Thomas Barrow is part of a wave which mainstreamed LGBT stories and earned him three ensemble acting awards from the Screen Actors Guild. 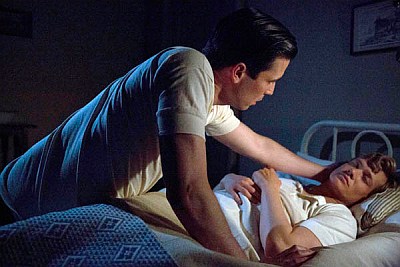 Getting cozy with Charlie Cox who made a guest appearance as The Duke of Crowborough. 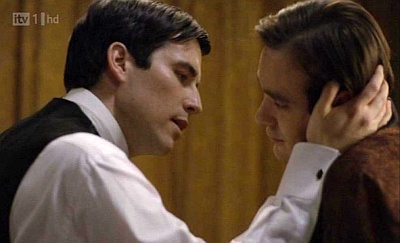 In real life, the actor is actually straight and is married to wife Lauren Chandiram. The couple have one child together, Milo. 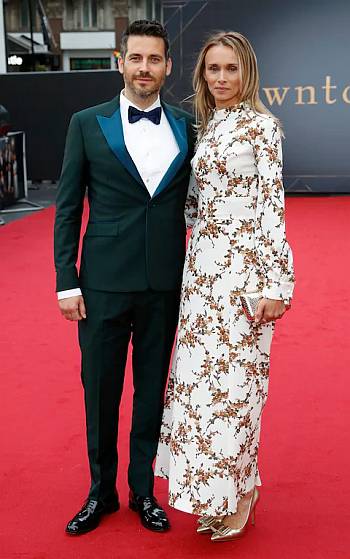 Robert James-Collier Young. Some photos of the actor when he was younger. 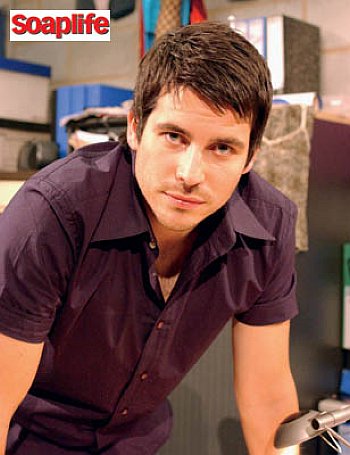 Before he joined Downton Abbey, Rob was a part of cast of the long running soap Coronation Street. He bagged three British Soap Awards for his role as Liam Connor — two for S*xiest Male and one for Best Exit. 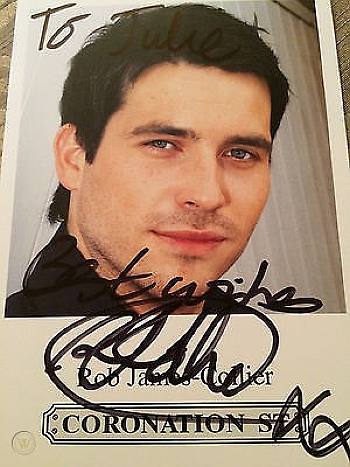 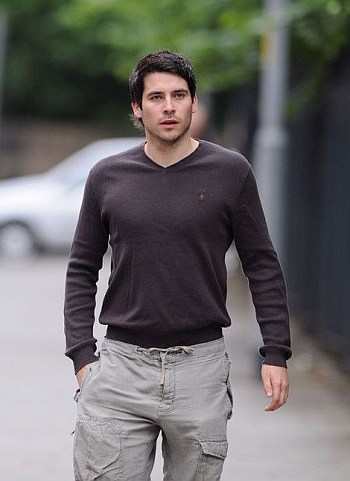 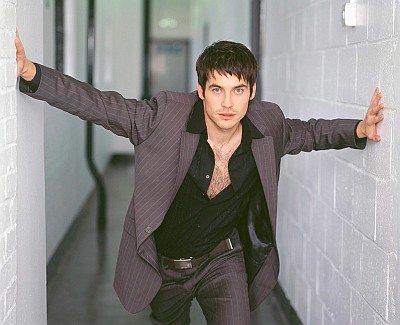 Who you waiting for, Rob? Looks like you are ready to get it on. Hehe. 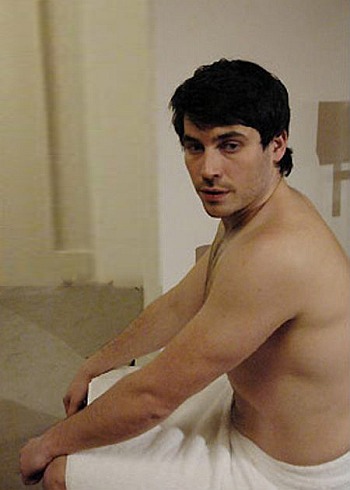