Robert Grabarz Underwear: Bjorn Borg Boxers. Look who’s wearing a pair of Bjorn Borgs? It’s high jumper Robert Grabarz, winner of the bronze medal at the London 2012 Olympic Games. Did Robbie ink a deal with the Swedish tennis-champ-turned-designer to be one of the brand’s spokesmodel?

We hope he did because we want more underwear pics from this British stud. We also hope that he’d be wearing skimpy briefs the next time around. About time some British dude give that David Beckham a run for his underwear-modeling money, no? 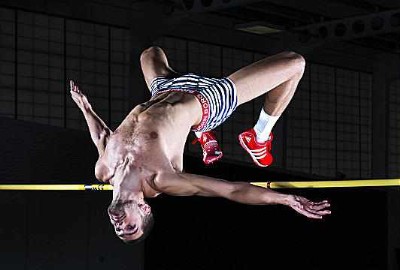 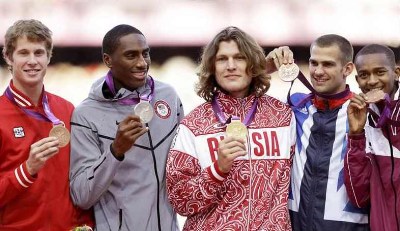 And here’s another underwear pic of Robbie in his Bjorn Borg boxers which ended up on the pages of Heat Magazine. 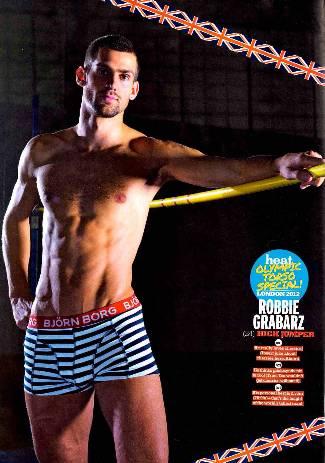 Apparently, this is not the first time our Robert has stripped for a magazine photoshoot. He also modeled for Attitude, a gay magazine. He says of the modeling experience (via The Guardian):

“That was really fun. I wasn’t at all nervous. Everyone’s seen a n*k*d body before, why am I any different? My body is my job anyway, if you see it that way I’ve never really been bothered about being naked.”

Is Robbie Grabarz Gay? Not unexpectedly, Robbie’s photoshoot for a gay magazine has led people to ask the “Is he gay?” question. His answer is as follows (again via The Guardian):

“I think that’s exciting,” he says, wriggling in his seat. “I like to be slightly mysterious, or at least have people think I am. So yeah, if it gets them talking that’s really cool. I’m excited by the fact that people might think I’m gay.”

He’s fanning the flames, no doubt. Maybe he is the athletic world’s equivalent of Anderson Cooper?