Rob Berlin Leather Pants: German Leather For Adventurous Men. Rob Berlin is a German brand which, among other things, specializes in leather fashion. Check out these awesome leather pants from Rob Berlin. Very hawt and sexy and cool, huh? 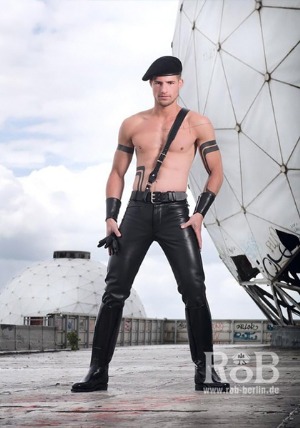 Anyhoo, who of your favorite male celebrities would you want to see wearing Rob Berlin leather outfits? After seeing Brad Pitt wearing leather pants when he attended the Megamind premiere in Paris, he’s in the top of our list to dress in Rob Berlin leather.

We’d also like to see Brazilian male model and Madonna’s ex-boytoy Jesus Luz wearing this brand. If he rocked his Rufskin leather pants, we’re pretty he can fit nicely in Rob Berlin trousers too. Last but not the least of famous celebrities we’d like to see in outfits by this edgy German fashion company would be the clean-cut American boy-next-door actor that is Zac Efron. We can dream, can’t we? 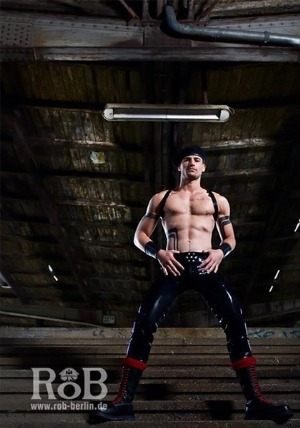 Can you imagine Zac Efron wearing these leather outfits? The Disney gods will go crazy for sure if their golden boy will do something as risque as wear hot leather pants. Hehe. 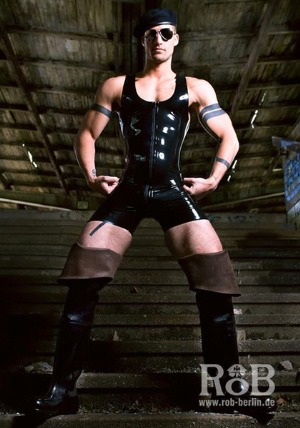 For more men’s leather pants, check out Chris Pine wearing a pair of Versace leather trousers, these skinny leather pants by DSquared, and the latest Givenchy leather pants from the brand’s 2011 collection.

Update: It seems like our dream of seeing Zac Efron in Rob Berlin leather pants — or any leather pants for that matter — is no longer an impossible dream. Six years ago when we wrote this post, our Zac was the fair haired boy of Disney (and of Hollywood to a greater extent). Back then, we thought he’d grow old like other Disney kids. You know, boring and vanilla.

Turns out we were wrong. Zac is the kind of ex-Disney star who’s taken on interesting projects such as The Paper Boy (where he romances Nicole Kidman). He will also star in the upcoming movie version of Baywatch so you will be watching him run around in his Speedo.