These photos are from a recent book signing in New York where he was promoting his memoir, “Me”.

Do you think his book will top the NY Times bestseller’s list? We have no doubt that it will but our friend Deena thinks his fans might have abandoned him after he came out of the closet. We don’t think people are that close minded. Or are they? 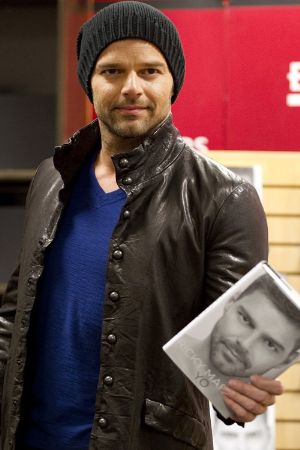 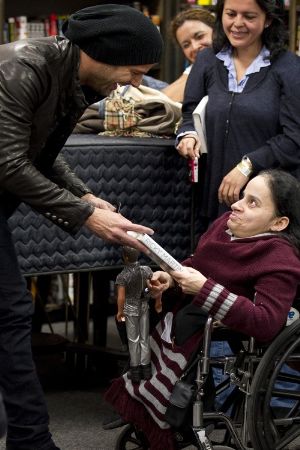 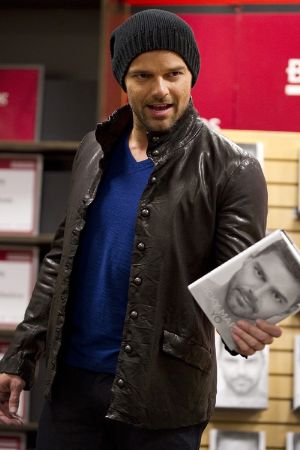 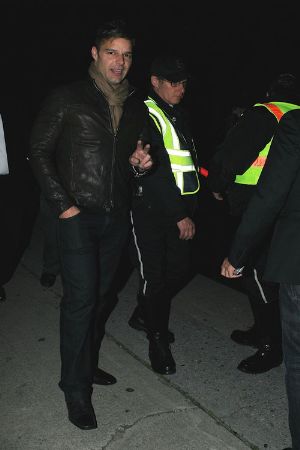 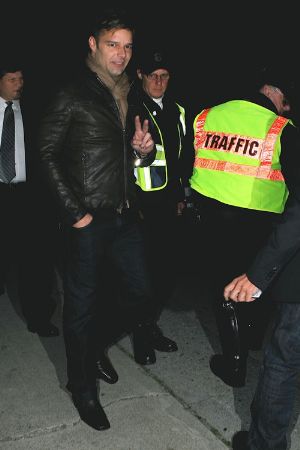 …..
More Ricky Martin Fashion Style (29 July 2011). How does Ricky Martin keep himself warm during cold winter months? Well, he’s got himself a beanie hat, a winter coat, and – what’s that – a pair of Ugg Classic Short Boots. 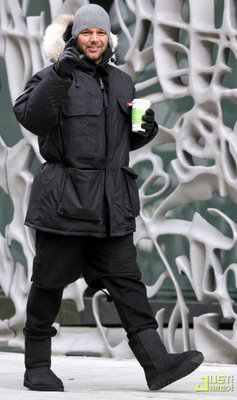 Fashion snobs such as our dear friend Clyde might not like the Ugg Boots because they look ugly (he says Ugg is derived from ugly but we’re not sure if he knows what he is talking about) but Ugg Boots are here to stay. Why you ask? Because they are practical and utilitarian. Not every outfit has to be fashionable, right? If they serve a purpose then people will buy and use them whether they are “ugly” or not.

Anyhoo, since we are on the subject of what Ricky Martin wears, here’s the hot Latino daddy (admittedly, he’s grown a little fatter as obvious in his face pic but he’s still hawt, right?) looking good wearing a Mafia Style cap. If he wears this wherever he goes, we won’t be surprised if it caught on in the mold of trucker hats becoming popular after Ashton Kutcher keeps wearing them or newsboy caps regaining its popularity with the help of Brad Pitt. 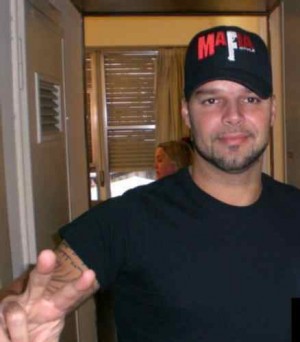 Now, now, we are fans of Ricky Martin’s music and we love him and all that but we’re not sure if he should be exposing his twins to the winter cold. 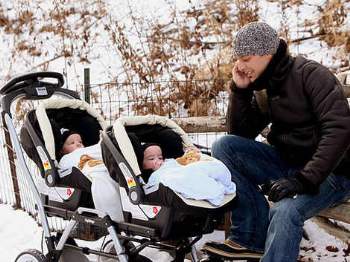 Sure they look like they’re bundled well and all but …. well, okay, since we don’t have any children of our own, maybe he knows more about parenting than we do. Hehe. Btw, mommy-fans of Ricky, that’s a Peg Perego stroller.