Rick Cosnett Gay, Girlfriend, Shirtless, and Underwear Photos. Look who’s been cast to play the role of a gay lawyer? It’s Zimbabwean-born Aussie actor Rick Cosnett. Variety has the details on our 32-year-old hunk’s new TV acting gig: “Rick Cosnett has found new life after The Flash. The CW alum has joined ABC’s upcoming thriller Quantico, Variety has learned. His casting comes after his character was killed off on The Flash.” 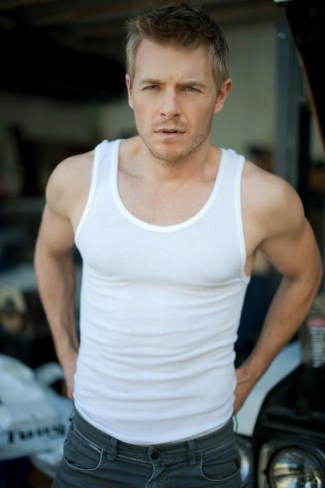 The report adds, “Cosnett has been set in a recurring role as Elias Harper, an openly gay former defense attorney who’s recruited into the FBI as an analyst, thanks to his brilliant mind, rhetoric and savvy character. Elias is described as incredibly funny with a soft and kind-hearted side, though he loves to be right.”

Rick Cosnett Underwear: Boxers or Briefs? In a Reddit AMA (Ask Me Anything) interview, the Aussie hunk tells us that he prefers to wear boxers or briefs underwear: “Briefs. Boxers are kind of gross. Boxers are not cool, people.”

We can’t find photos of Rick in his briefs underwear but we did find a video of him wearing swimbriefs. Check it out:

He was pretty revealing in his Reddit AMA interview so we decided to do an excerpt on the Q&A:

…..
What’s been your biggest challenge as an actor so far?
My biggest challenge has been playing American roles and having to play normal, sane characters! I’m really good at crazy characters, but apparently i look like a leading man- so I am excited that I am starting to play leading men more often now and can start to play a full human being in that capacity- so much more interesting, more challenging and more layered- and more true to real life.

What’s the most dangerous animal that you’ve encountered in Zimbabwe? Do you have any stories to share about it/them?
Once I got bitten by a shrew that wouldn’t let go of my forefinger. Sorry to disappoint. Haha- lots of snakes in Zim. Ones that chase you, ones that fall out of trees and the worst- ones that lie still until you step on them. Also once we were walking in the bush and came across a whole pride of lions- on FOOT! luckily they had just eaten (a buffalo!) and they were lying on their backs and could hardly move!

My best friend got chased by a warthog. Not so funny when you’re about 7 years old. Elephants like to mock charge you, that’s always fun.

how was it like to grow up in ur hometown? was it interesting?
Chegutu- that’s where I grew up- and I will always be a Chegutu boy! Smallest town in the middle of nowhere Zimbabwe but hell I loved it so much. Can’t get much better than Cheg. Pot holes, grass growing out of the sidewalk, happy smiling faces of kids laughing with no shoes. Zimbabwe has had a tough time though and I really hope things start getting better there.

How is the ‘vibe’ with the cast (of The Vampire Diaries)? Do you guys all get along? What are Dobrev, Somerhalder, and Wesley like in real life?
We all fight a lot. Especially Ian, Paul and I over Nina. And Paul and Nina over Ian. And me and Ian over Paul. I’m not making this up…

My question for you is, how did you get started with acting? Where/when did you find your love and passion for the art?
My parents used to do community theatre in the town next to ours in Zimbabwe. My dad was always the lead and my mum was always doing the 2 step in the chorus alongside the most wonderful larger lady Liz Ogilvie. Once I saw Liz’s Kankles doing that step touch I was MESMERIZED

I’d like to know if you miss your home and how do you handle this.
I used to miss home A LOT! Especially our farm in Zimbabwe when I was at boarding school. The I started to realize the grass is always greener. Be where you are, love where you are. Home is where the heart is.
…..

Rick Cosnett Gay or Straight? We are going to assume that he is straight absent any report otherwise. Hehe. However, if he is gay, we’d like to pair him up with any of the three guys below: Ian Somerhalder, Grant Gustin, or Michael Malarkey. Who would make the best Rick Cosnett gay boyfriend? Our pick would be Grant, what about you?

Rick Cosnett Girlfriend. If Rick is straight, does he have a girlfriend at the moment? A website says he dated German actress Anna-Katharina Samsel but German newspapers state that they are just friends. 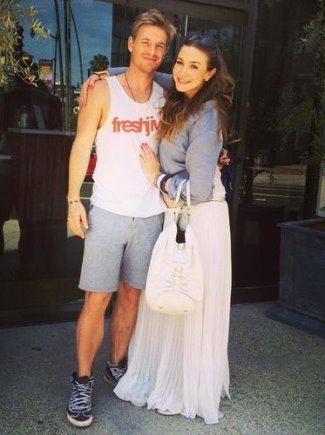 From promiflash.de (Translated through Google): “For several years, the two have been close friends and visit regularly. The native Australian plays “Dr. Wes Maxfield “in the mystery series and excited especially teens because of its sweet appearance. And who knows, perhaps growing out of a close friendship even a romantic love relationship.”

2020 Update: Our gorgeous actor recently came out as a gay dude via his Instagram page. Watch:

Good for you Rick. Now, Famewatchers, do you know if he’s got a boyfriend?