Rhys Ifans Underwear, Shirtless, and Ugg Boots. Welsh actor Rhys Ifans is reportedly the new villain in the new Spiderman starring Andrew Garfield. Since we’ve already done a post on Andrew Garfield’s underwear, we think its appropriate to do an entry on his nemesis in his undies.

Check out Rhys Ifans in his underwear. Apparently, he’s both a briefs guy and a boxers man, no? That’s what we call an “equal-opportunity underwear-wearer”. 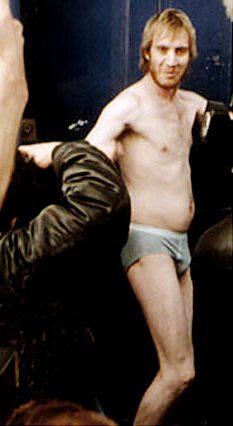 Seriously, what is Rhys doing in the photo above? It looks like he dropped his trousers and is posing for the paparazzi. Funny and very Kim Kardashian. 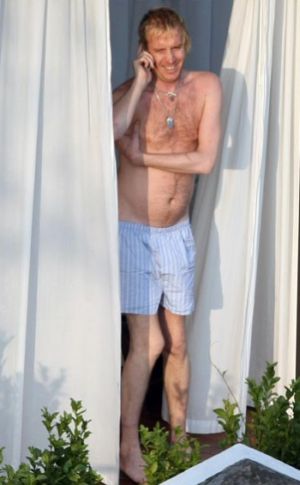 Now the pic of Rhys in his boxer shorts or swim shorts is more organic. Seems like some enterprising photographer took this pic when he’s going for a swim. Want more male celebrity underwear? 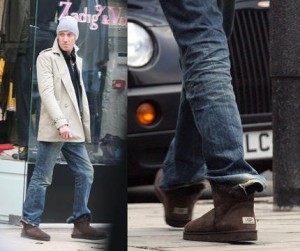 Now you have an answer when someone asks you a silly trivia question that goes, “What do Ricky Martin and Rhys Ifans have in common?” Well, aside from the fact that their first names start with R and the other obvious fact that they are obviously dudes, the answer would be: Both love them their Ugg boots. Check out the gay Latino hottie and his boots in this post: Ricky Martin Leather Jackets and Coats.

Other Hollywood celebrities who love them their Uggs include Academy-nominated actresses Hailee Steinfeld and Naomi Watts.

So what’s Rhys doing these days? Well, we guess it’s safe to say that he is getting the biggest break in his acting career as he is starring as a supervillain in the reboot of Spiderman. That’s blockbuster territory, baby. Well, we hope its a blockbuster anyway. Given how some supposed blockbusters flopped in the box office – we’re looking at you John Carter and Prince of Persia – there’s no guaranteed big hits in Hollywood these days.

Anyhoo, Rhys is starring as supervillain The Lizard/Dr. Curt Connors in The Amazing Spiderman which is scheduled for release this year. 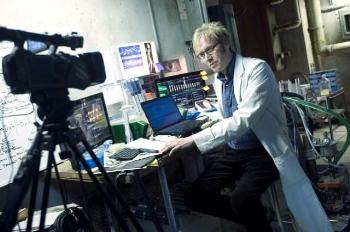 He sure looks villainy in the still pic above, huh? It would be fun to see him up against the new Spiderman, his fellow British import Andrew Garfield.