Blonde girl Kelly Osbourne rocks her red dress at the New York Fashion Week – Fashion for Relief benefit show. We gotta give Kelly a lot of props for transforming herself from a fattie not too long ago to the hottie that she is presently. It takes a lot of will and hard work to do that and Kelly, who’s in great shape these days, obviously worked hard to achieve the sexy figure she has now. Way to go, Kelly.

Now, is that a skull tattoo on her feet? What do you think will Sharon Osbourne say about that? Well, we think Sharon is a supportive mom so we think she’ll be okay with it. 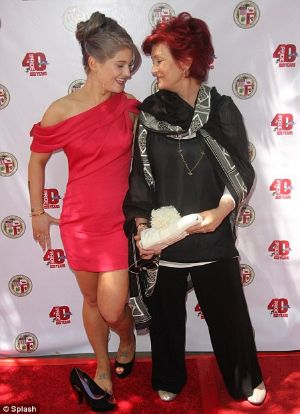 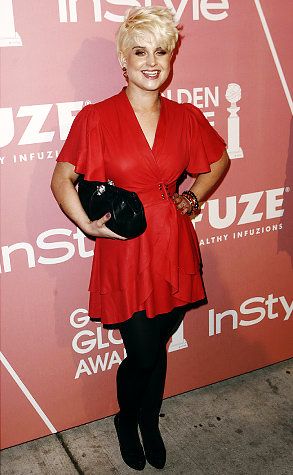 So which of these red dresses is your favorite? Which would you see yourself wearing? We like the last one the best and we see ourselves wearing something like it one of these days.

FROM THE ARCHIVES: Previous blog posts on Kelly Osbourne

How sweet. Let’s put these photos of Kelly Osbourne and her boyfriend Luke Worrall in the “We Are So Cute Together So We Decided to Dress Alike” department. Or maybe their outfits were discounted when they buy them in pairs?

Who between Lindsay Lohan and Kelly Osbourne did a better job wearing this chic leather jacket? We gotta say its Kelly but by a very very slim margin.

You know who would look great wearing a leather coat like this one? Samantha Ronson, the girlfriend of Lindsay herself. We think Sam will rock this one. Oh, and maybe Daniel Craig too.