Red Denim Jeans for Men (2017 Update). Want more male celebrities rocking their red denim jeans? Well, we know you do which is why we are updating this post six years later. 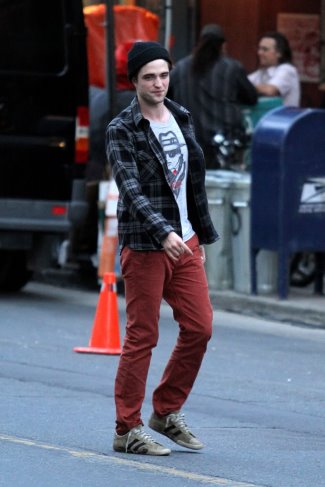 Who’s rocking his jeans better? Robert Pattinson or Russel Brand? We gotta say it’s Russel because there’s a confidence in his walk. 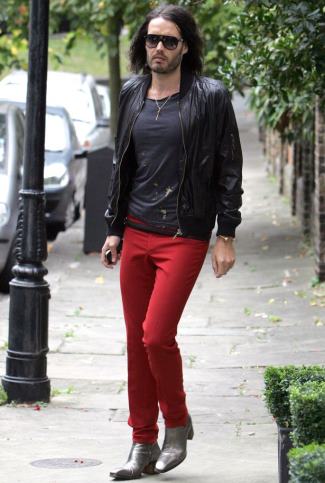 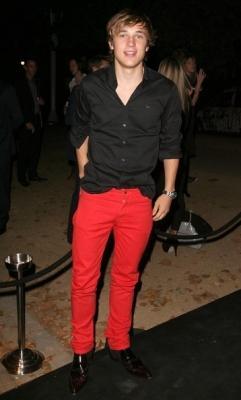 We think its okay for boys or teens to wear red jeans or red pants. But we usually advise our adult men friends to stay away from them. But that’s us. We tend to be conservative in our fashion choices so our friends are not surprised when we criticize them for wearing really “loud colored” pants. 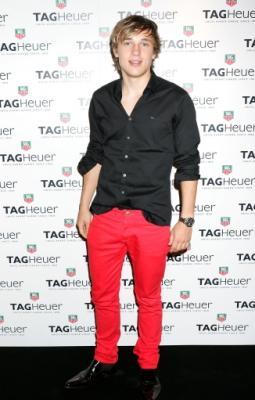 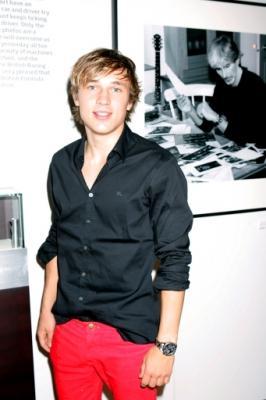 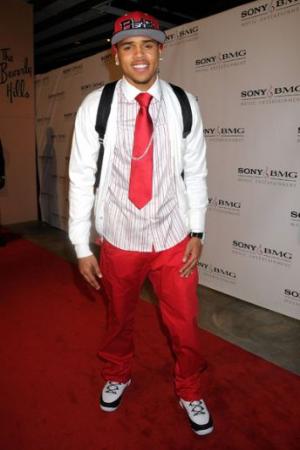 Chris Brown obviously loves him his red pants because he’s photographed in several events wearing them. We say good for William and Chris. The more men wear red pants, the jollier the world will be. That’s what we think anyways. 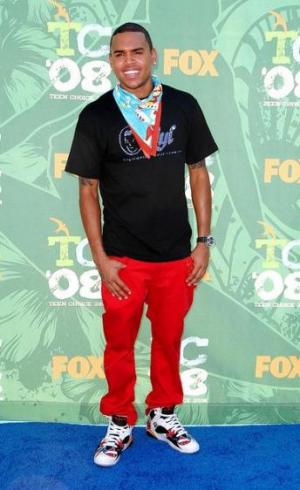 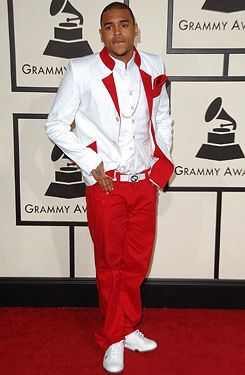 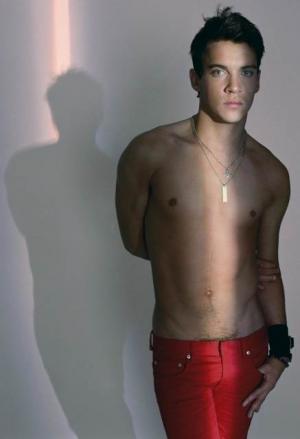 As for female celebrities who love them their red trousers, check out supermodel Agyness Deyn and American actress Katie Holmes.

Pete Wentz’s Red Denim Jeans. Pete Wentz of the rock band Fall Out Boy (some of you may know him as Mr. Ashlee Simpson) is another red-jeans-wearing Hollywood celebrity. Peace Mr. Ashlee, peace man! 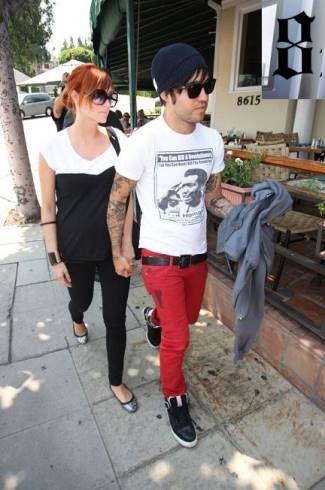 So, who among these famous guys look best in their red denim jeans? Well, they all look fabulous in their outfits so we will give them all a perfect 10.