Tadashi Shoji dress. Rebel wore this lovely Tadashi dress during an appearance at the Tonight Show with Jay Leno. 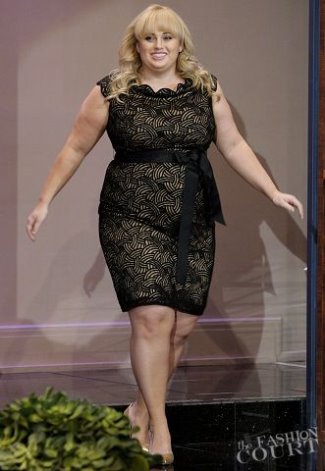 Theia dress. Our Aussie star wore this open-neck three-quarter sleeve fully embellished red frock dress during the premiere of her 2013 movie Pain and Gain at the TCL Chinese Theater in Hollywood. 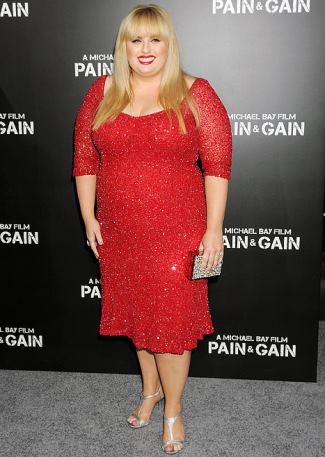 Rebel’s own Fat Mandi shirt. She launched her own clothing line, Fat Mandi, in 2011. To date, the collection consists of only two shirts like the one she’s wearing below which are all sold out. We’re guessing Rebel is too busy with her Hollywood career to devote some time for her plus size fashion line. 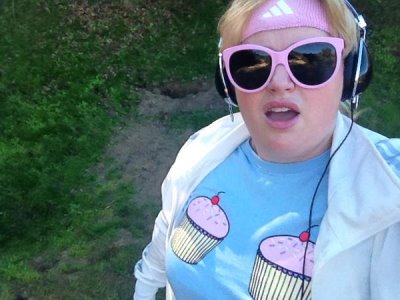 Adidas Track Suit by Jeremy Scott. How cool and fun is Rebel in her Adidas track suit and that pink Adidas poodle sneakers? Looks like our girl loves her her Adidas coz we also saw pictures of her wearing Adidas when she’s working out. 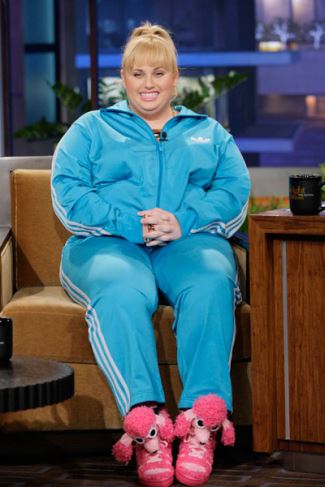 Marina Rinaldi dress. The Pitch Perfect star wore this Marina Rinaldi lace dress during the 2013 Glamour Women of the Year held in London. By the way, a second installment of Pitch Perfect is in the works so watch out for Fat Amy on the big screen this coming year. 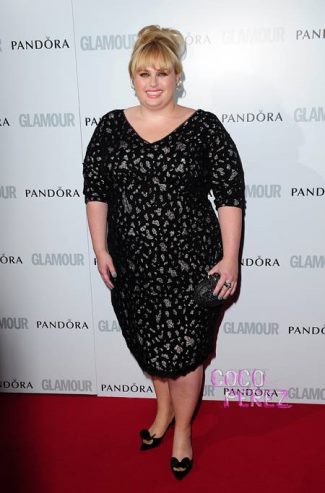 Tadashi Shoji dress. We told you she loves her Tadashi Shoji. She wore this to the premiere of ABC’s reality show, The Bachelorette. 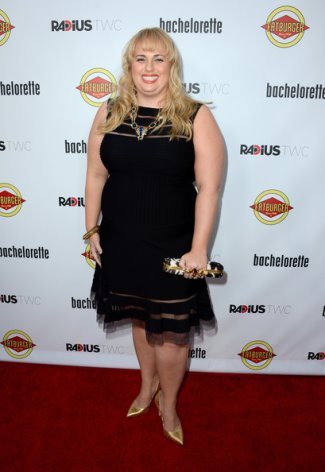 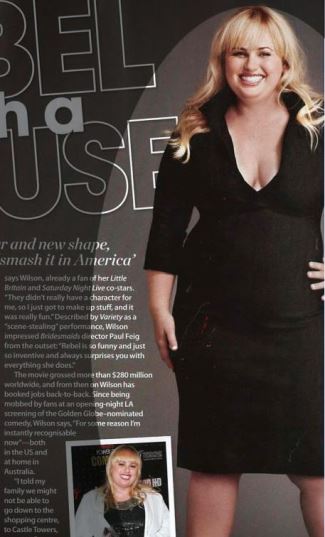 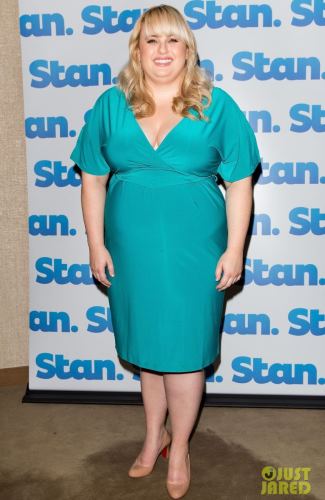 Theia dress. When she attended the White House Correspondents Dinner in 2013, Rebel opted for this fabulous Theia dress which looks great on her. 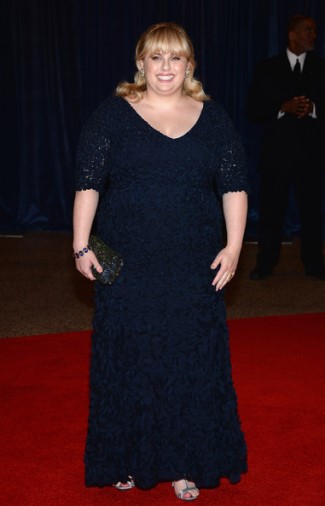 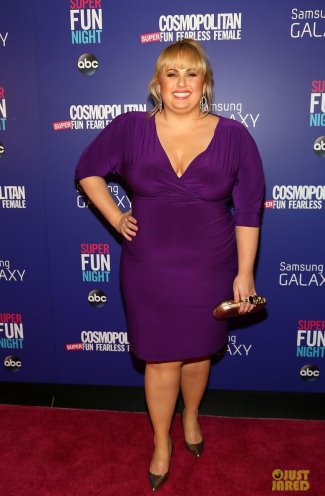 Unlike Melissa McCarthy who is hit and miss when it comes to her fashion style, Rebel is consistently good to the point of being predictable. Nothing wrong with that, of course, but wouldn’t it be fun to see her wear something like Oprah’s Oscar de la Renta gown? 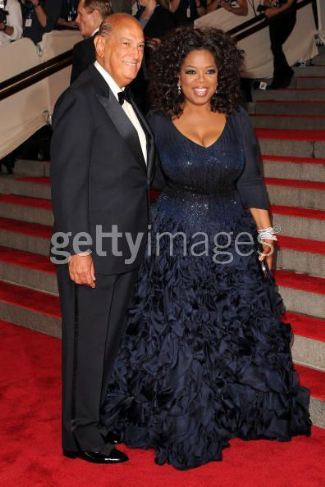 What do you think, FashionWatchers? What’s your favorite of these Rebel Wilson dresses? Ours would be her Tadashi Shoji dress you see at the top of this post. The dress not only looks gorgeous on her but it also reflects our Rebel’s fun and quirky personality.