Real Hot Marines Underwear Silkies . Check out these hunky marines — both in active duty and veterans — walking in their silkies boxer shorts. Where are they going? What are they doing? And why are these hot marines wearing nothing but their underwear?

Well, according to 10news.com, these real hot marines are not just stripping to their undies for nothing. They’re doing so to raise public awareness for post traumatic stress disorder or PTSD which is common among military veterans. According to the U.S. Department of Veteran Affairs, anywhere from 11% to 15% of military veterans suffer from PTSD. 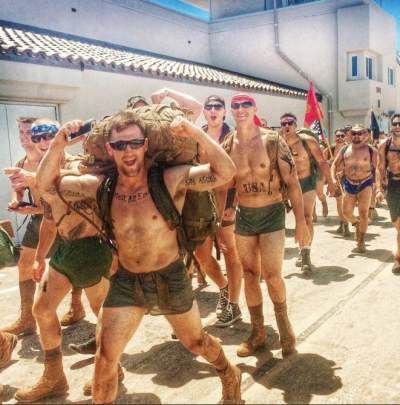 So let us give props to these guys for doing something to raise public awareness for a serious problem that is more often ignored rather than addressed. 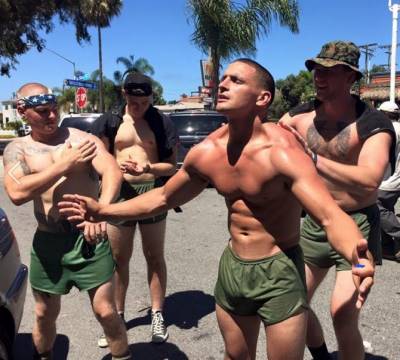 More about these marines’ noteworthy campaign from the Houston Chronicle:

Marine Cesar Gil has lost eight friends to suicide. The startling number spurred the 31-year-old to join roughly 225 other veterans Saturday to raise awareness about the high suicides rate for military veterans.

“Brotherhood is the best medicine,” he said during the event, called “22 with 22 for the 22” that challenged veterans to march 22 kilometers (13.6 miles) in their “silkies” (underwear) with backpacks weighing 22 kilograms (48.5 pounds) to help raise awareness of the suicide rate among U.S. veterans, which some organizations have cited as 22 a day based upon reports by the Department of Veterans Affairs.

“When you’re in the Corps, you’re part of a wolf pack,” said Gil, who served in the Marines from 2003 to 2007. “When you get out, you can feel lost. Bringing everyone together today, we’re a pack again and no longer sheep.”

These walks are being organized by the Irreverent Warriors, a marines-helping-marines group which aims to “help veterans deal with the demons created from combat, with the same sense of humor and camaraderie that we used in combat, in order to reduce veteran suicide and PTSD”. 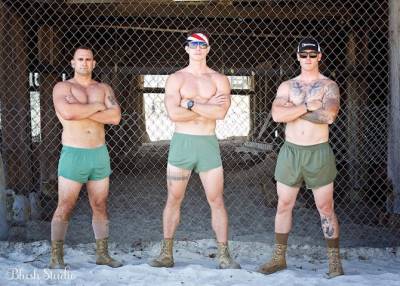 According to their website the Irreverent Warriors are composed of “guys who have used humor to get through the darkest side of humanity. We are infantrymen, special operators, engineers, corpsman, combat medics, and anyone who has been attached to grunts and operators- and walked into the fire of combat”.

The guy below, retired Marine Capt. Danny Maher (also known by his pen name Donny O’Malley), is one of the organizers of this campaign. Props to you, Captain! 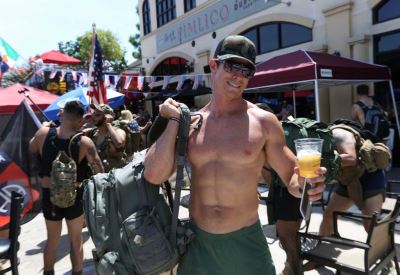