Ray Quinn Shirtless, Underwear, Washboard Abs, Body-Hugging Wet Shirt. Dancing on Ice’s Ray Quinn is the anti-Paul “PJ” James. PJ, if you remember our earlier post on him, is this hunky trainer from Australia who decided to get fat so that he can better understand his clients. 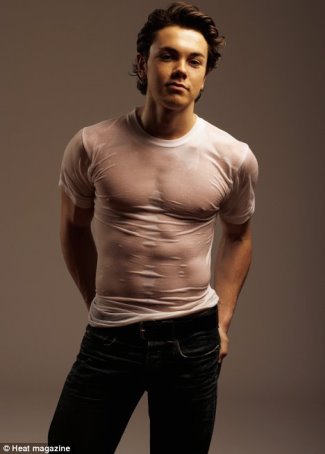 Ray Quinn, on the other hand, used to be a fatty but he has now built himself some really nice muscles in all the right places. We say, “Good for you, Mr. Quinn.” And we’re also gonna say, “Woof. Woof.”

What do you think is Ray’s workout routine like which gave him his fabulous and gorgeous muscle definition? If you know about it, do share it with us in the comments, will you? 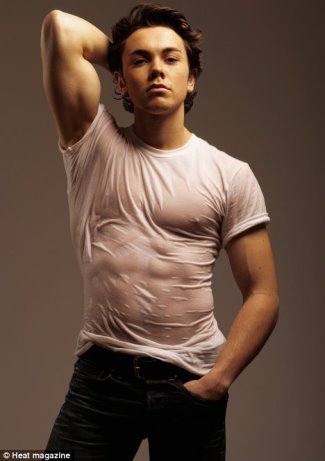 Oh, and don’t you just love Ray’s body-hugging wet shirt? This dude’s gonna win a wet shirt contest if ever he decides to join one. Want more sexy men in wet clothes?

Look who’s got himself crowned as the winner of Dancing on Ice? It’s Ray “I’ve Got Great Abs” Quinn. Congratulations to you Ray and to your partner Maria Filippov. Now, please join them dudes modeling for Cosmo Magazine’s Everyman campaign so your newly acquired washboard muscles would be immortalized in cool photos like these.

Ray Quinn Shirtless and Underwear Photos (2017 Update). Wow. Time does fly past, doesn’t it fellow Famewatchers. We wrote this post back in March 2009. Eight years later, we are updating it to bring you some Ray Quinn shirtless photos. 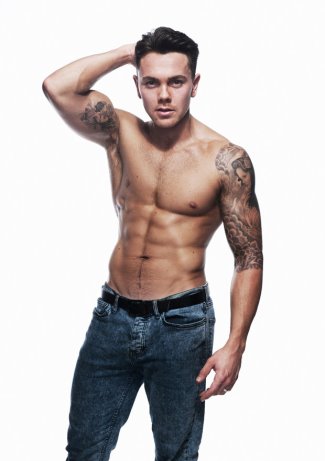 We gotta say, our Ray is still looking good. He may have aged a bit — as we all did — but he’s still in pretty good shape, no? Check him out in his boxer briefs underwear. 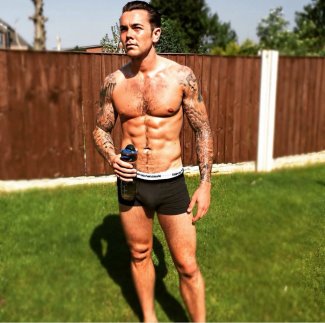