Randy de Puniet Shirtless and Pull-In Underwear Photos. We’re not really into motorcycle road racing so we’re clueless about the sport. We don’t know our Honda RS125R from our Aprilia RSV250 from our Kawasaki Ninja ZX-RR. So don’t ask us about those things. 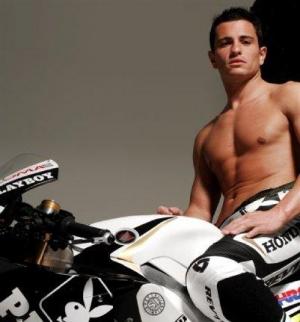 We do know that French Grand motorcycle road racer Randy de Puniet, World Grand Prix champion in 1998, is really hot. He’s hotter still if he removes his shirt. We’d like to think that the world will melt if he also get rid of his pants an pose only in his underwear; you know, like these French rugby players and David Skela. 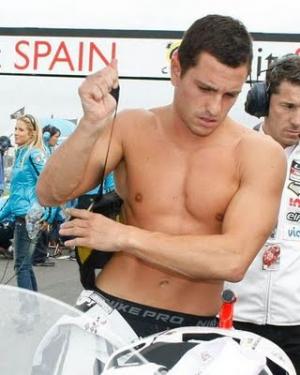 He is either removing or putting on his racing suit, what do you think? 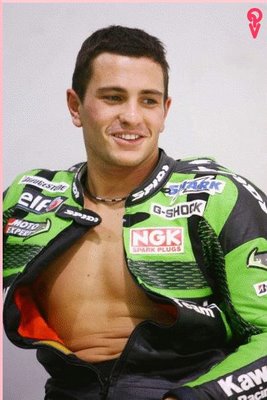 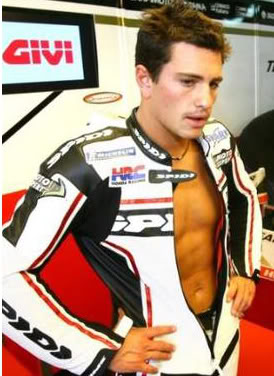 Randy de Puniet Underwear by Pull-in (28 June 2011). Hey, a lot of you are looking not only for Randy de Puniet shirtless photos but for his underwear pics as well. Good thing we have this pic of our French road racer with a fan. 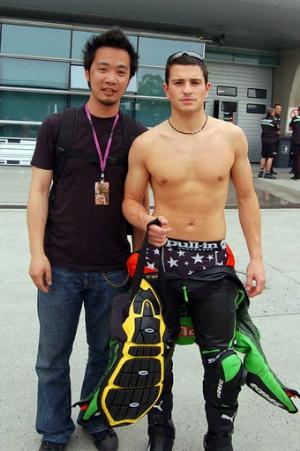 Does he wear boxers or briefs? Maybe he wears jockstraps when he’s racing? Sadly we can’t answer that with these photos alone. 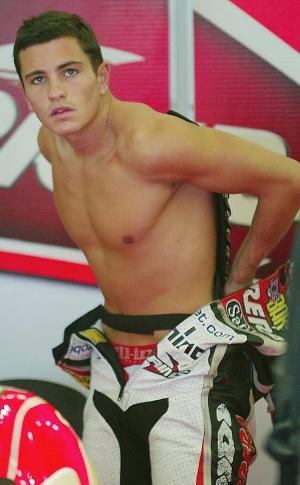 But if you are wondering about his underwear brand preference, you can say that he apparently likes Pull-in Underwear. It’s our first time to hear about this brand so we went looking for more info about it. It is a French underwear brand started by an electrical engineer named Emmanuel Loheac in 2001.

Here’s what Loheac said on why he decided to establish Pull-In (courtesy of cooler.com): “In the beginning, we planned to appeal to people who were following the trend for super-low waisted trousers, so this meant everybody linked to riding, from skateboarders and snowboarders to surfers. As the trend spread to a wider group of hip people, we found ourselves being popular with both surf lovers and fashion lovers.”

In less than ten years, the brand was able to establish itself with stores all over the world like New York, South Korea, South Africa, U.K., Canada, Tahiti, and many more. Pretty cool achievement for the brand, huh? Still, we think they should hire Randy as their celebrity male underwear model because we won’t have heard of this brand if not for him.