What, exactly, did she undergo? She admits having a breast enhancement surgery as well as some botox injections. She denies having a nosejob or anything done to her face (aside from the botox, of course).

Here’s what Ramona is saying in her memoir, Life On The Ramona Coaster, which will be out in the end of the month (via Radar Online):

I’ve never had any surgery on my face, but I recently did have my breasts done. I went to see Dr. [Sharon] Giese and she didn’t even want to do them. She said, ‘You have great breasts. They’re better than most women half your age.’

Apparently, the breast enhancement was not meant to make her boobs bigger but to simply enhance them. She says in her book:

The RHONY has no regrets about going through the surgery:

It was a fairly quick procedure and I went home that day. The truth is that getting my breasts done was the right choice for me when the time came. The most important thing is that you feel as healthy on the inside as you look on the outside.

According to a November 2014 post by Celebrity Dirty Laundry, Ramona decided to undergo surgery to boost her ego after ex-husband Mario Singer cheated on her with mistress Kasey Dexter.

“A source close to the 58 year old reality TV star says the 58 year old got a boob job – and she is looking better than ever! ‘Her breasts are extra perky lately,’ says a pal who spotted Ramona’s cast mates ogling her chest at a party.” OK!’s source goes on to say, “The women couldn’t stop squeezing her boobs on the dance floor!”

Ramona Singer Plastic Surgery Before and After Photos. So do we have a Ramona Singer boob job before and after pics? Well, here’s one courtesy of starcasm.net: 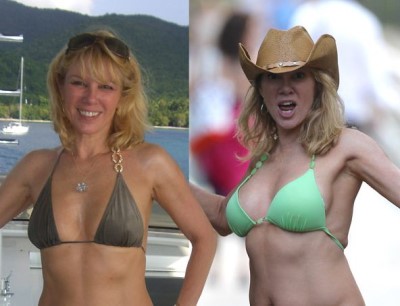 And, reportedly, the Bravo star has also found herself a new man by the name of Michael Alexander who happens to be younger and hunkier than her ex. Ain’t that the best revenge? 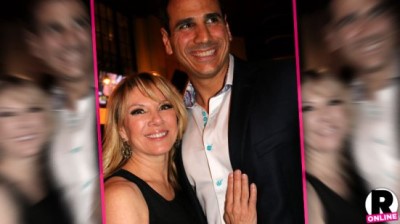