Ralph Fiennes Shirtless Photos Update (27 November 2019). This update is for fans of Ralph Fiennes who are looking for his shirtless photos. First, here’s one taken from when he was younger. He’s not the kind of guy who go for glamorous photos but there is no denying that his physical beauty still shines through, no? 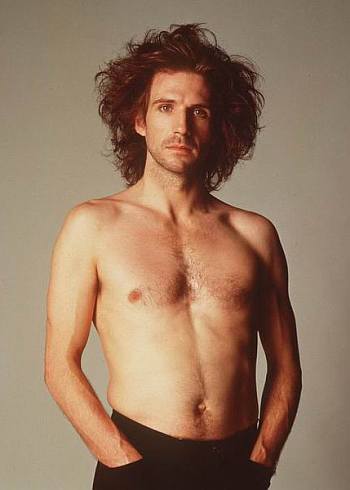 A shirtless pic of older Ralph. 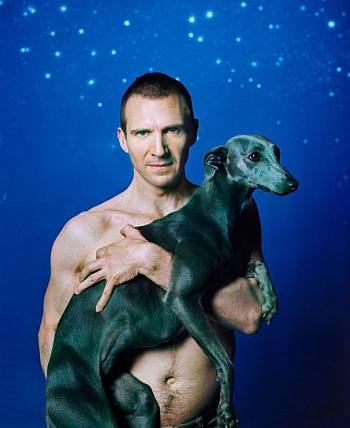 Please tell us we’re not the only ones who wanted to jump in bed with Ralph Fiennes in Schindler’s List despite the evilness of his Amon Goeth character? Come on Famewatchers, admit it, you were intrigued by his beauty and those eyes that pierces right through your soul. 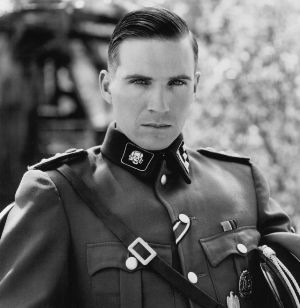 Ralph Fiennes Gay or Straight? He is straight but he is what you would call a straight ally to the LGBT community. Early this year, he spoke out against the persecution of the members of the LGBT community which is currently happening in Chechnya.

Ralph also starred as a gay man when he played Irish butler Bernard Lafferty in the 2006 movie Bernard and Doris. 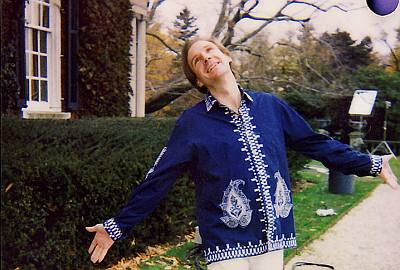 Ralph Fiennes Underwear: Boxers or Briefs? We have no clue as to his underwear preference but he does tell the most revealing underwear stories. For instance, back in 2006, he revealed in an interview that he accidentally exposed his polka dot boxer shorts while performing on stage.

Here’s what he said: “I remember being on stage once, doing a Shakespeare play. I was doing this great, long speech about love. I was wearing these moleskin trousers which split right (in the front). I was wearing underpants, which were white boxer shorts with red polka dots. I had to keep sustaining this romantic speech and these trousers were (splitting further).”

Ten years later, while promoting Harry Potter during an interview on The Graham Norton Show, he reveals that he’s wearing women’s lingerie while filming his role as Voldemort.

He says, “I had these tights on underneath, and they were ladies’ tights. What happened was, the tights used to work their way down, so the gusset of the tights was sort of around my knees, so I couldn’t walk as elegantly as I would like as Voldemort. So eventually I said to the dresser — he’s called Neil, he’s very sweet, he always had his head up my skirt trying to adjust things—would he mind cutting them off so I had a garter belt. So for more of Harry Potter, underneath the robes, I had very nice garter belts.”

…..
Ralph Fiennes Girlfriend Amanda Harlech (8 May 2010). Who is Ralph Fiennes girlfriend? According to news reports, he and Lady Amanda Harlech have been dating for the past three years. Here’s a photo of the lovebirds reportedly taken in Serbia where Ralph is directing Coriolanus, a movie in which he also acts. 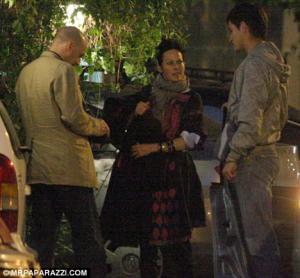 According to the Daily Mail, Lary Harlech is the daughter of a wealthy London solicitor and the ex-wife of an aristocrat dude named Francis Ormsby-Gore. She and Francis were married for 12 years and they have two children. Amanda is also, reportedly, the “muse” of Chanel creative director Karl Lagerfeld.

Meanwhile, Ralph Fiennes needs no introduction, right? As for his relationships, it might interest you to know that this brilliant actor was once married to actress Alex Kingston. He also had a relationship with another actress, Francesca Annis, who was 17 years his senior.

A pic of Amanda aka Lady Harlech. 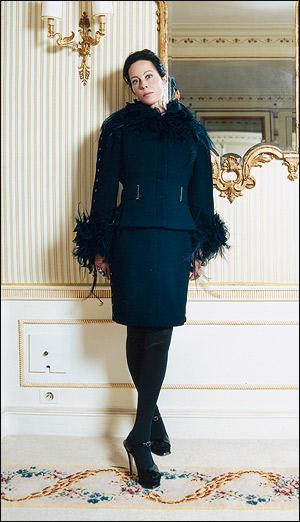 Update: Apparently, the Ralph-Amanda relationship has gone kaput. We don’t know if he is dating anyone at the moment.